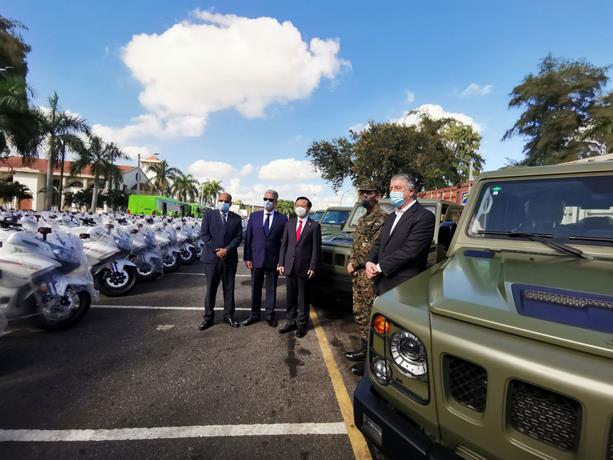 Santo Domingo.- Presidency Minister, Lisandro Macarrulla, on Tue. led the act in which the Dominican Government received from China, a donation of eight off-road command vehicles for military use and 140 motorcycles, with around 15,000 spare parts and accessories for future maintenance.

Macarrulla labeled it as a special day in which ties of friendship with the Chinese people are strengthened, for which he thanked the contribution on behalf of the Dominican people.

“The generosity of the Chinese Government has a direct impact on the strengthening of citizen security, an issue of great concern and of great interest to the Dominican Government,” said the official.