90% of agricultural products come from abroad 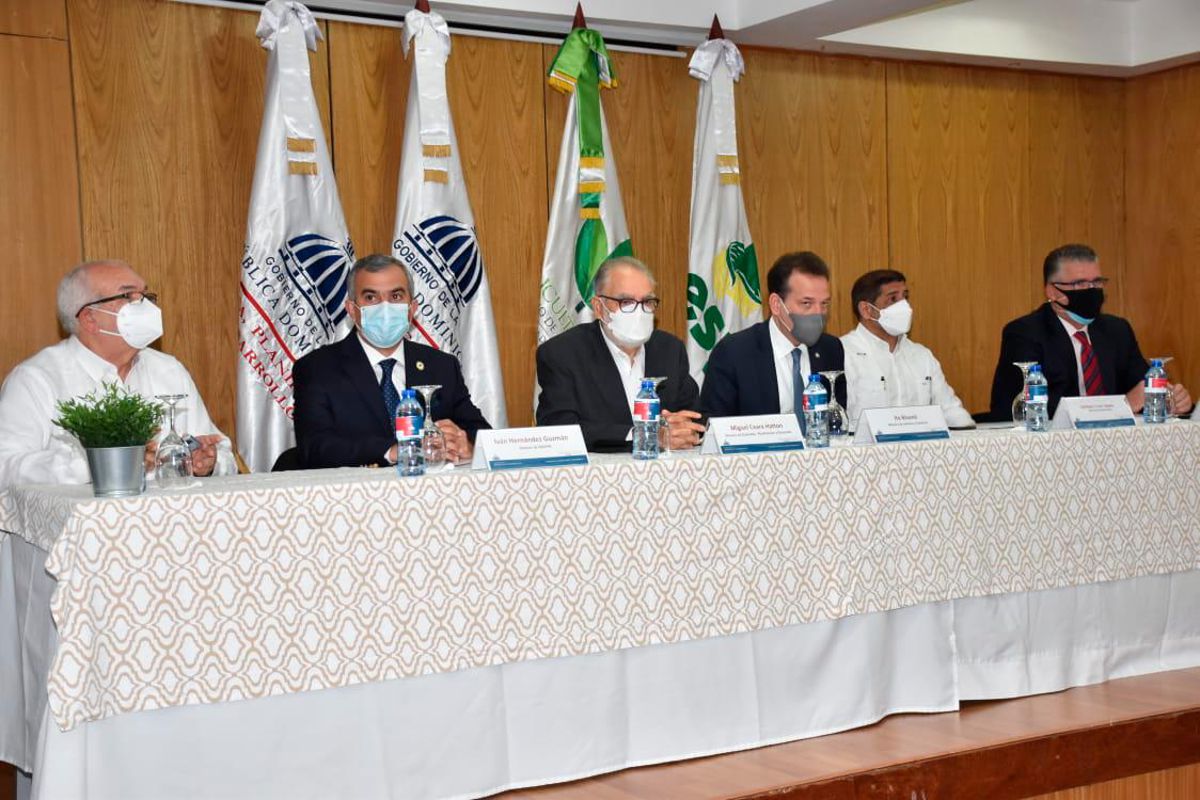 Government representatives who participated in the press conference announced the continuation of the "Safe Basket" plan. EXTERNAL SOURCE

According to information from Dominican Government authorities given this Monday, 90% of some agricultural products of high relevance for national consumption are being imported.

The Minister of Economic, Planning, and Development, Miguel Ceara Hatton, mentioned some of these agricultural products that are being imported, such as corn, wheat, soybean, and other cereals.

“This means that both the agricultural sector that uses these products for animal husbandry, as well as local manufacturing, which demands them for the production of bread, cookies, flour, oils, pasta, among others, are highly affected by price increases at the international level,” said Ceara Hatton while giving a press conference in which the Minister of Industry, Trade and Mipymes, Victor -Ito- Bisonó, the administrator of the Banco Agrícola, Fernando Durán, and the Minister of Agriculture, Limber Cruz, also participated in the activity. The director of the Institute of Stabilization of Prices (Inespre), Iván Hernández, and the president of Confenagro, Erick Rivero, Ceara emphasized that due to the rise in international prices, the final products of the Dominican producers also reflect higher costs.

In reading the document “Recent evolution of international prices of some raw materials and local prices of food for mass consumption,” Ceara Hatton said that between June and December 2020, the international price of soybeans increased by 39.3%, soybean oil by 35.3%, corn by 33.3% and wheat by 21.3%, which has caused products directly linked to the prices of these goods to begin to reflect increases in their costs of up to 15%.

The Government announced that it would buy from producers, through the Inespre, those sensitive products that make up the basic basket to sell them to consumers directly through the mobile warehouses that will circulate in the streets of Greater Santo Domingo and the provinces where the increase is most sensitive.

Ceara Hatton highlighted that in the last few weeks, the Ministry of Agriculture and the Inespre had guaranteed the supply of essential food products of local production, at affordable prices for lower-income households; developing the Mobile Warehouses program, which has been in charge of the distribution of these products through around 900 points/centers located in the national territory, which has benefited close to 1,300,000 families.

The Minister of Economic added that in addition to the increase in the raw material for agricultural production, the price of oil, from June 2020 to January 2021, showed accumulated increases of 34.5%, which has translated into increases in the prices of its derivatives marketed locally.

“This upward trend that is occurring in international markets is a reality that not only affects the Dominican Republic but all economies that do not produce these goods,” lamented the Minister of Economy.

At the press conference, the officials announced the continuation of the “Safe Basket” plan. They intend to guarantee affordable food for the Dominican population, bringing relief to families and small producers.

This plan entails an agreement between the Government, producers, the wholesale market, and the retail market to guarantee price stability for the products that make up the country’s basic food basket.

The mobile warehouses will operate every day in some provinces located in the places suggested by the residents.

The Government will buy from the producers, through Inespre, the sensitive products that make up the basic foods basket.

With the Mobile Warehouses program, products are distributed through around 900 centers.