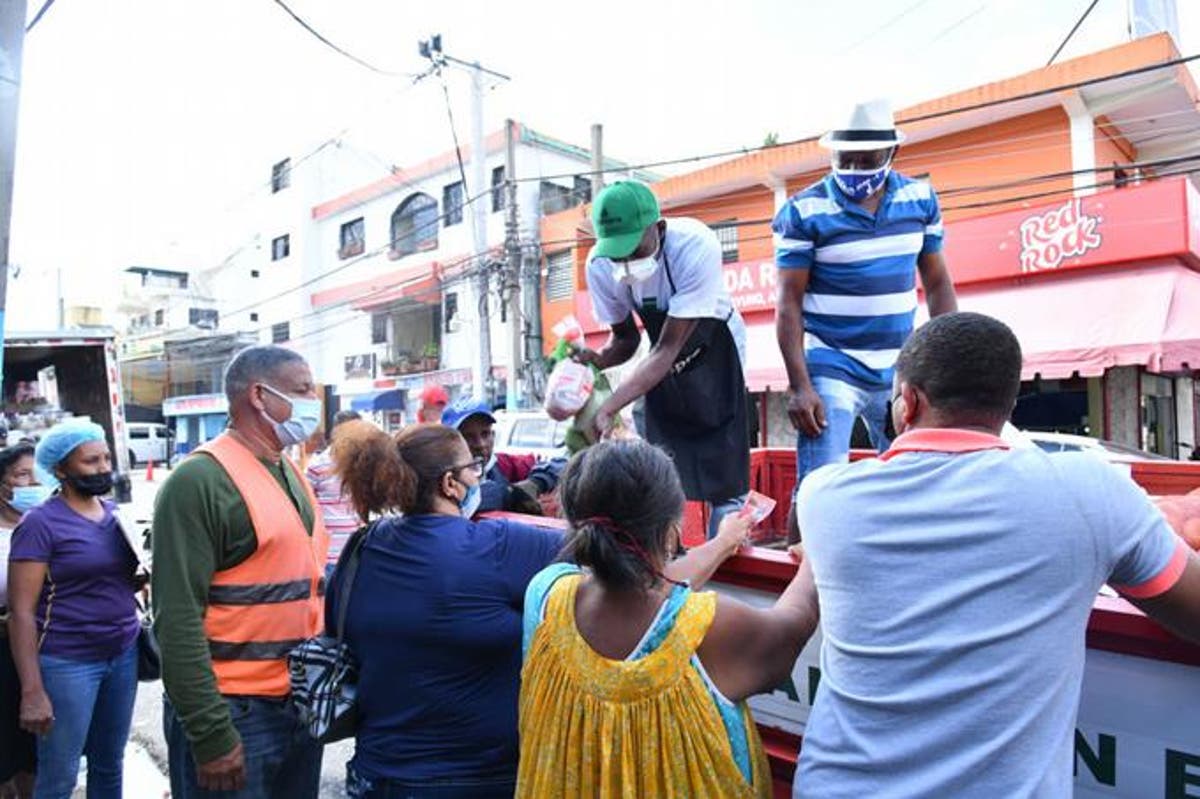 "What a big chicken!", exclaimed a lady in the mobile warehouse of the Inespre.

This Wednesday, the Price Stabilization Institute (INESPRE) mobile warehouses began to arrive in some areas of West Santo Domingo and the National District, with more affordable prices for the people of these neighborhoods.

One of the novelties of this modality that seeks to offer Dominican families food products at a lower cost is the sale of three or four pounds of chicken at RD$125, following the Government’s agreement with poultry farmers last Monday in Moca.

Estela de León, a lady in her 60s, was the first in line to buy, and when she saw the chicken that the Inespre worker was handing her, she shouted, “What a big chicken!” The price is right and full of excitement, she kept buying and called her neighbor “Chea” (another elderly lady) to take advantage of the offers.

Estela also bought one of the combos, which cost RD$299 and contained a four-pound chicken, two pounds of rice, two pounds of gira beans, a pound of yellow onion, and a package of spaghetti.

More people continued to line up while a loudspeaker blared, “We have spaghetti, we have garlic, we have rice,” and a man gave the prices of each product.

Estela and Chea wanted to get out of the line at all costs. They would buy, go to a chair on the sidewalk to place their products, and then come back and take the first place in line.

One man who wanted to buy cheese scolded them, “Doña, but you have already bought five things. It sells for one row, ma’am,” and Chea responded, fighting in the middle of the bustle “we were the first ones to arrive.” A pound of cheese was selling there at RD$100, a 350-gram package of powdered milk at RD$100, a pound of spaghetti at RD$25, and half a pound of garlic RD$50, and cans of corn at RD$50 and pigeon peas at RD$60. A can of sardines was also offered at RD$60 and eight-ounces of tomato paste at RD$40.

And, in desperation, because there was nothing left for the last ones in line, those at the front of the line took advantage and took home up to two of the special Inespre combos.

During a meeting with the press before 40 trucks left for the neighborhoods where the mobile warehouses would be located, the director of Inespre emphasized that the Government has contemplated that this initiative will be carried out permanently throughout different parts of the country.

Iván Hernández Guzmán assured that there would be a weekly program although, for the moment, some provinces will be serviced each day. This Wednesday, for example, was the turn of Santo Domingo Oeste and the National District. On Thursday, Inespre’s low-cost products will arrive in the eastern region, while on Friday, they will be in the northern region.

Hernández Guzmán clarified that the producers (with whom agreements were made) are not interested in production peaks, but a stable production and remain unchanged.