In February, the upward trend in commodity prices worsens 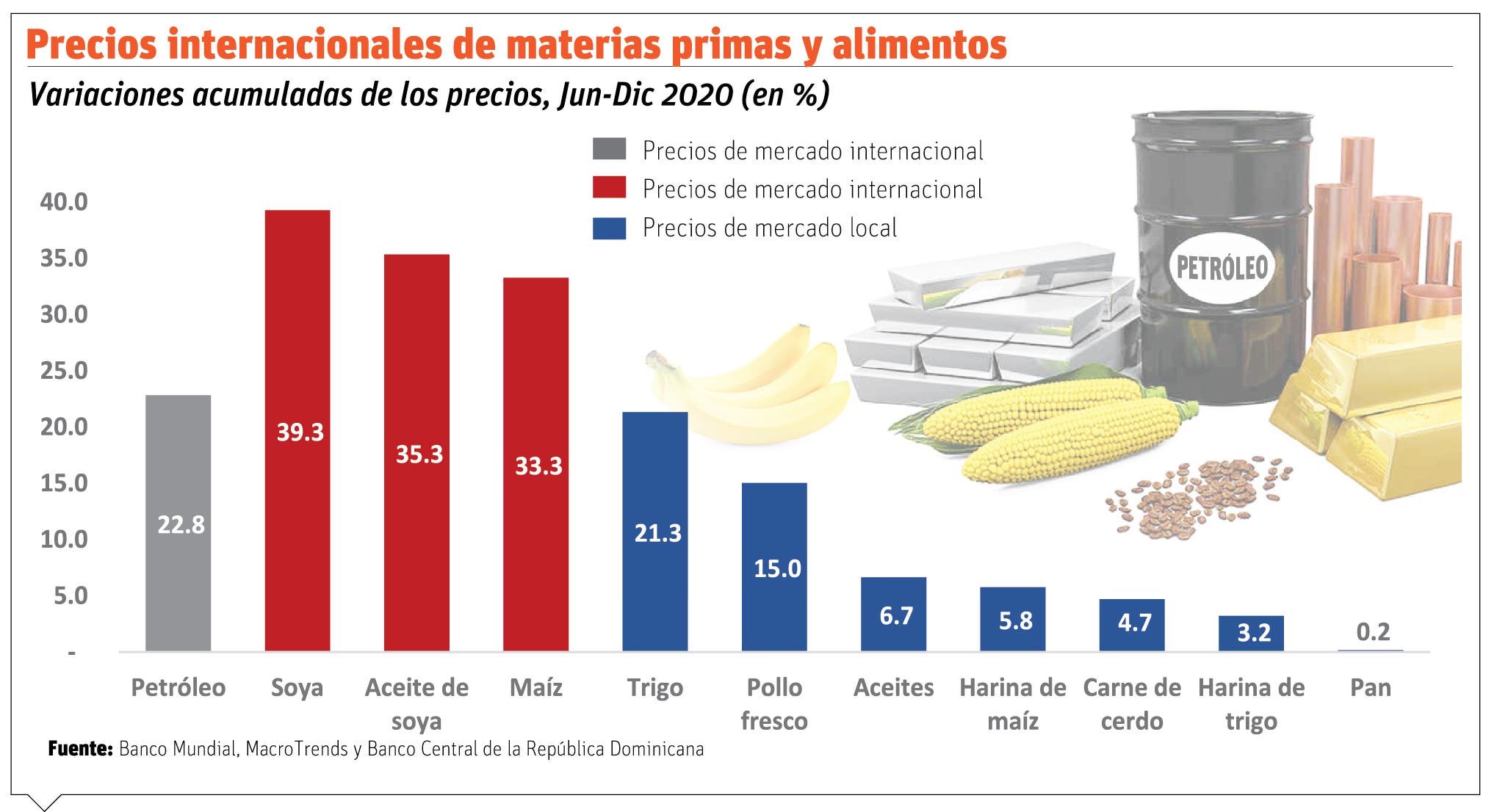 Readjustment. Bread and water are added to the list of products with increases. Trend. Trade unionist calls for salary review.

Santo Domingo – While different business associations announce that the prices of various products, both locally produced and imported, will increase, consumers and workers say their purchasing power is increasingly minimal.

The Dominican Association of Purified Water Processors announced that the price of bottled water would increase this month, in addition to the increases in the basic grocery basket of products.

The association explained that the readjustment is five pesos to the current cost of the water bottle, but this will vary depending on the establishment of sale. This increase is applied together with other products, such as soybean oil of 128 ounces, which increased 86.6 pesos from July of last year.

This product was sold in the market at an average price of RD$386.39. At the end of January, it was at 472.99 pesos, according to the survey corresponding to January 29 of this year by the National Institute for the Protection of Consumer Rights (Instituto Nacional de Protección de los Derechos del Consumidor).

In the particular case of fresh chicken, the average price per pound in July last year was at 60.95; by January, it was sold at 67.19. Until yesterday it was at between 68 and 72 pesos in supermarkets and between 58 and 65 in markets.

Wage versus price
This scenario occurs at the same time that workers in the formal sector have experienced a loss in income from work of 7.5%, impacted by the effects of the Covid -19 pandemic, going from RD$111.6 per hour in the third quarter 2019 to RD$103.2 per hour between July – September 2020.

Informal sector workers received the most significant blow in the reduction of income. The average hourly pay of those employed in the informal sector was RD$86.3 per hour, exhibiting a 9.1% drop from the RD$95.0 per hour reached in July-September 2019, according to the latest statistics updated in the quarterly labor market bulletin prepared by the Central Bank.

In this regard, Rafael -Pepe- Abreu argued that with these readjustments, the most affected are the working class, which he assured are being transferred the investment in biosecurity and increased production cost through price increases.

He pointed out that this scenario is taking place precisely when a review of salaries should be carried out and has been criticized by the business sector, which says that the pandemic is spreading.