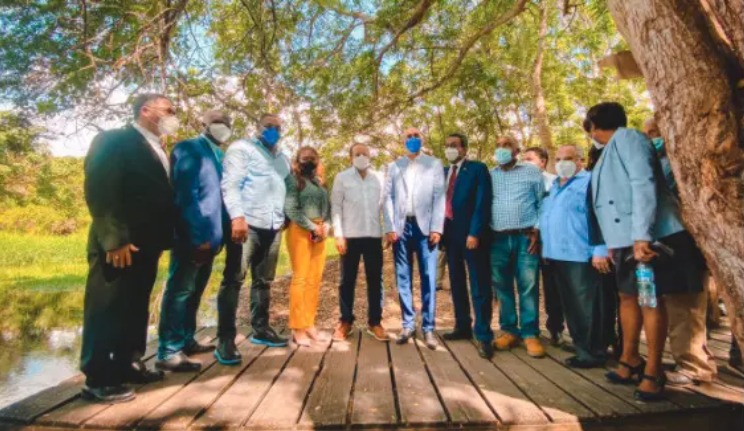 The Administrative Minister of the Presidency, José Ignacio Paliza, reported today on the execution of significant economic, social and cultural development in the San Pedro de Macorís province.

He explained that for this plan of at least six works in which the construction of a Petromacorisano baseball museum stands out, an investment of about 125 million pesos is contemplated.

By offering details of the initiative, Paliza highlighted the Government’s efforts to improve the municipalities’ budget, which he assured are the first contact between the peoples and the State.

He also underlined the important task done in just five months through the Administrative Ministry of the Presidency (MAPRE), to deliver nearly 500 million pesos in municipal impact works.

“President Abinader has wanted to decentralize public investment and use municipalities as an enclave to achieve these objectives,” he said.

The other works covered by the initiative are the intervention, renovation, and signaling of the four entrances to the municipality of San Pedro de Macorís; an ecological project to be planned with the Ministry of the Environment, which integrates the recovery and construction of a bird observatory park in Laguna Mallén, which the official said will become an emblematic attraction space.

In the next few days, the minister also announced that the Minister of Public Works, Deligne Ascensión, will travel to the area to announce an asphalt plan and the inauguration of a new project called “Peón Carretero” for the intervention of local roads.

Paliza pointed out that the announcement has the impulse and support of Governor Aracelis Villanueva and Nelson Arroyo, former deputy of the Petromacorisana province and current director of the Dominican Institute Telecommunications, both present at the event.

The official was accompanied by the Administrative Deputy Minister, Andrés Lugo; from the MAPRE Project Director, Jhonny González, and also Jesús Vásquez, Director of Relations with the Public Powers.