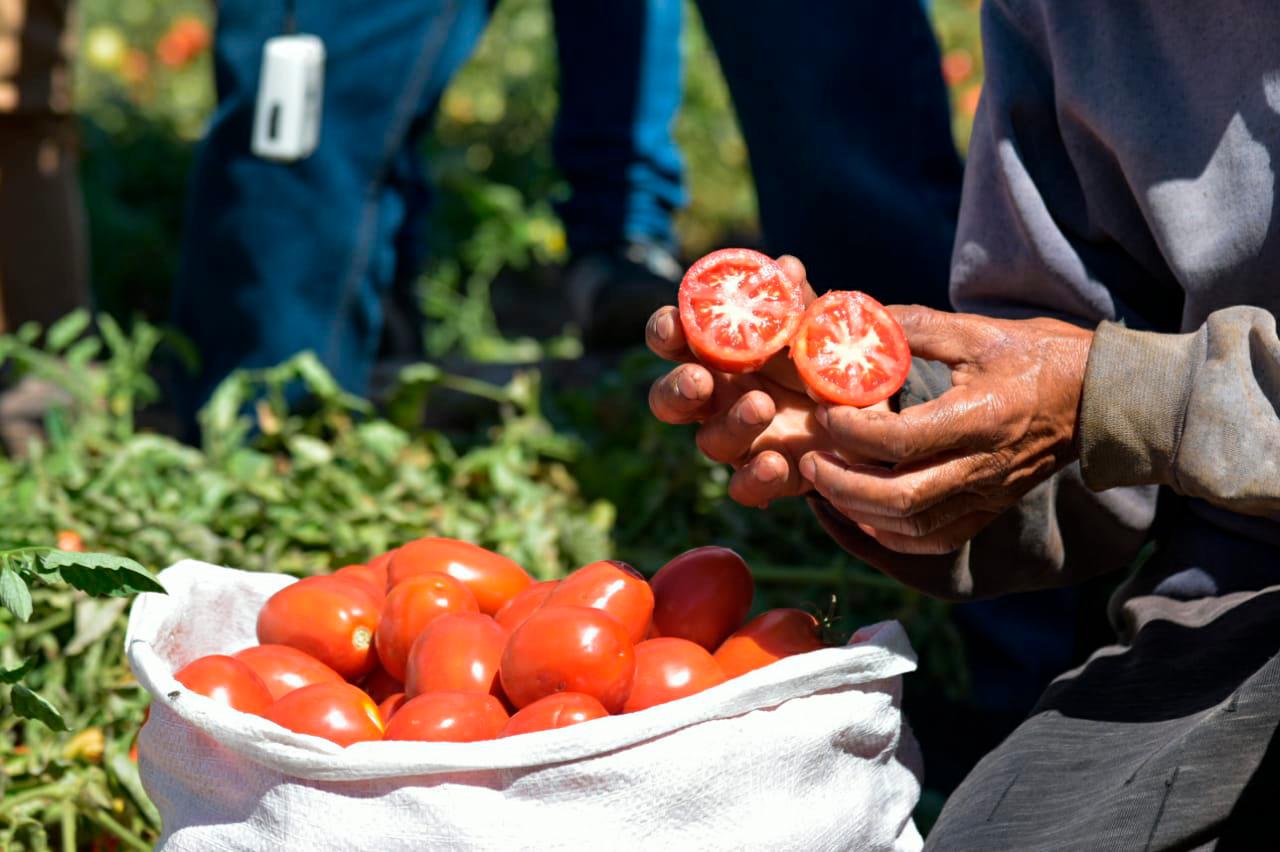 This Thursday, the 72nd tomato harvest officially began in the province of Azua, with which they seek to break records this 2021.

“The impact of this harvest, where there are 70,000 tareas (task plots) planted with an expected production of five million quintals (one quintal = 100 kilograms (220.5 avoirdupois pounds), is measured by the participation of more than 7,000 farmers directly and indirectly,” said Miguel Sanchez, president of Transagricola.

Sánchez, who spoke on behalf of Felix García, president of the Asociación de Fabricantes de Conservas del Agro (Afconagro), said that adding the family members and relatives of these farmers, more than 40,000 people depend on the tomato sector.

Miguel Sánchez, who is also vice-president of Grupo Linda, indicated that this also includes “the thousands who participate in the commercial chain: transporters, companies that produce and market agricultural inputs, packaging producers, among others.”

According to the data provided, 80 quintals of tomatoes are harvested for each task sown, and the entire process of preparation and labor costs around 9,000 pesos per task.

At the event, the Minister of Agriculture, Limber Cruz, said that the Government is developing a plan to plant the country from one end to the other.

He added that the institution he heads has already acquired the necessary equipment to make tube wells to find water and make it available to producers.

He also indicated that they are repairing more than 300 kilometers of country roads to facilitate the transportation of products at harvest time.

Fernando Duran, the Banco Agrícola Dominicano (Bagricola), said that this institution has provided 378 million pesos to the tomato sector and 290 million to different producers at zero rates.