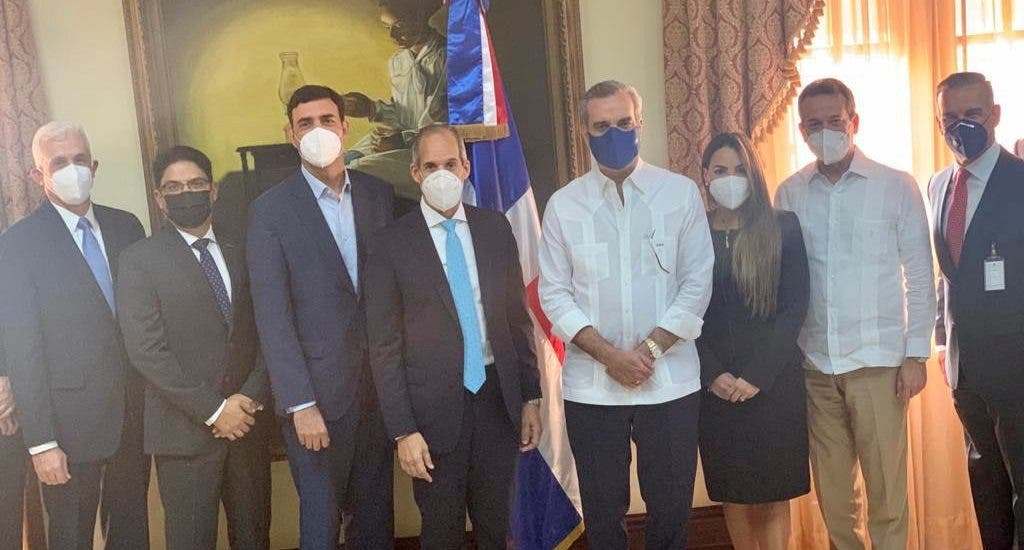 SANTO DOMINGO.-The Board of Directors of the Dominican Association of Foreign Investment Companies (ASIEX) made an institutional visit to the President of the Republic, Mr. Luis Abinader Corona, given the president’s first rendering of accounts to exchange future investment perspectives of the main economic sectors that affect the national economy, and how multinationals based in the country may continue joining efforts for the full recovery of the national economy.

The visit was led by the president of ASIEX, Mr. Edwin De los Santos, who described the meeting with President Abinader as highly positive because it provided the opportunity to learn about the following initiatives that the government will carry out and identify new spaces for collaboration.

The ASIEX executives congratulated President Luis Abinader, extending to the cabinet that accompanied him, for the proactivity in the efforts made to achieve the implementation of the vaccination plan and the progress made during the first semester of government management in institutional matters and transparency; At the same time, they took the opportunity to reiterate their support for the government and the willingness to continue supporting the resilient rebound in the Dominican Republic, once the health challenges of the pandemic have been overcome.

ASIEX took advantage of the visit to share some of the priorities that the economic sectors that affect foreign investment occupy, such as: strengthening the guarantee regime for the legal stability of investments, municipal competitiveness, zero bureaucracy project, national competitiveness strategy of face to the attraction of investments and reinvestment, among others. Similarly, during the meeting, topics of interest to foreign investment companies were addressed within the construction, tourism, electricity, telecommunications, mining, hydrocarbons, free zones, financial sectors, among others.

The meeting was attended by representatives of the ASIEX Board of Directors, made up of the highest executives of the leading foreign investment companies in the country.