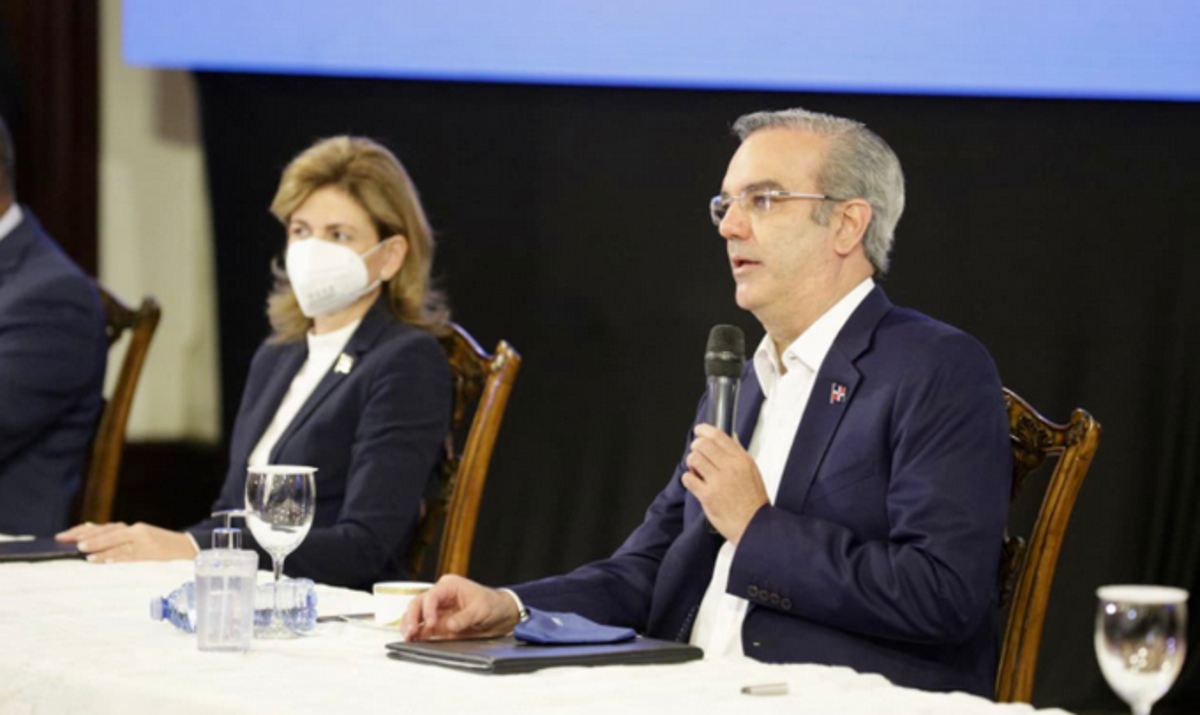 He considered that the electricity pact is not perfect, but it is the only one possible for the moment.

Santo Domingo, DR
President Luis Abinader announced Thursday that in the next few days the bidding process for 800 megas of natural gas with its deposit will begin in order to start a project for the production of this type of energy in Manzanillo, Montecristi.

Abinader spoke during the signing of the Electricity Pact between various sectors, in which the Minister of Energy and Mines, Antonio Almonte, added that some ten contracts for the purchase and sale of renewable energy (solar and wind) will also begin soon.

He said that the companies to which these contracts will be awarded have definitive concessions, some of them for seven, six and five years. This is the direct step to the contract to sell the energy to the distribution companies.

“This pact is not perfect, I am in disagreement even with some parts that I would like us to advance more, but it is the possible one and, as Minister Almonte (Antonio Almonte) explained, the points that we had objected to we are already applying them as a government to have the necessary coherence and comply with what we think should be done and improve the electric sector,” said the president during the signing of the pact.

He added that the government was not opposed to what had been proposed, but requested that it be extended with actions such as the liquidation of the CDEEE, the case of eliminating the councils, audits of the Edes and the Punta Catalina project.

The head of state also assured that the deficit of the electricity sector is responsible for half of the country’s non-financial public sector debt, as well as highlighting the lack of competitiveness and confidence in the energy sector in the Dominican Republic.

Meanwhile, Rafael Toribio, president of the Economic and Social Council, indicated that the signing of this agreement does not mean that the pending issues will not be addressed at a later date, but that there is a political decision to continue the dialogue with the sectors involved.

According to Antonio Almonte, the energy supply could be of lower cost if “we clean the electric system of distortions”, which require the application of the law and changes in some regulations, which are being achieved in the electric pact.

“We could provide Dominican society with a more stable electric service, with abundant energy and at a lower cost,” said Almonte.

The pact covers issues such as cost reduction and service improvement, environmental aspects, tariffs, among others, which will contribute to the development of a more competitive and transparent service, at a lower cost and with greater energy production for all sectors.