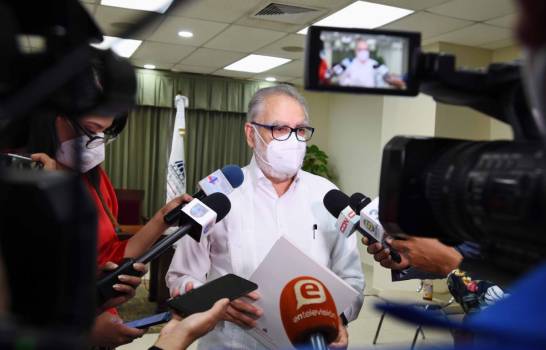 The Minister of Economy, Planning, and Development, Miguel Ceara Hatton, affirmed that in the country, the level of COVID-19 positivity has decreased, the lethality is “very low,” and the number of people being vaccinated daily is a positive sign, which will contribute to the recovery of the economy.

Ceara Hatton, speaking to journalists after signing an inter-institutional cooperation agreement between the Ministry and the Senate of the Republic, said that more than 50,000 people are being vaccinated every day.

He emphasized that there will be a rebound of the economy worldwide and in the country, detailing that the growth projections for the global economy are between 4% and 5%.

The official recalled that the U.S. economy, one of the most influential in the Dominican economy, is above 6% economic growth forecast for 2021.

He said that the Government has assumed between August 2020 and February 2021 more than 1 billion pesos for the fuel hikes regarding the continuous oil hikes.

The minister cited as an example that last week gasoline prices went up 9 pesos but should have gone up RD$18 due to the increase in the international price of oil.

Asked by journalists about the cost of works announced by President Luis Abinader in his accountability speech, he said that we have to wait for them to be announced in detail.

“I don’t believe that a decision of that nature can be made without proper consultation,” he expressed.

To the question that there are infrastructures of those announced that are not in the budget, the minister clarified that “there are works that have execution problems, of the dragging ones, which had been assigned funds and those resources will be used for the new works until the legal knots can be solved.”

He said that the Ministry of Economic had analyzed the situation, and probably the circulation will likely be made in the next few days since the details of where the resources will come from will be shown.

Ceara Hatton pointed out that many works are public-private, that is to say, that do not involve State expenditures and others that have been allocated.

He indicated that other works are in the investment analysis phase, being evaluated and that they would be executed from the second semester of this year.