New 25 peso coin to circulate, according to Central Bank 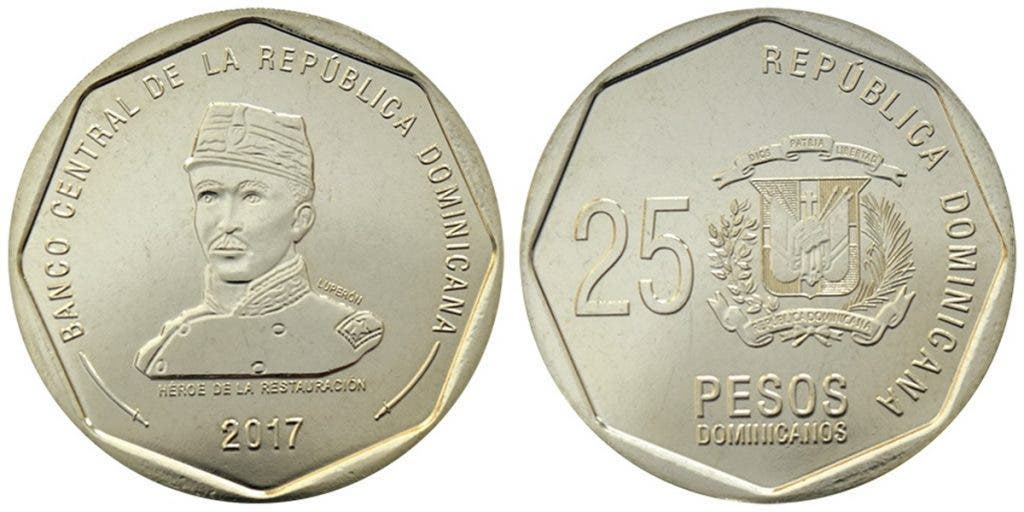 The Central Bank reported the circulation of 25 peso coins with “2020” engraved on them.

According to the Central Bank, the new coins maintain the same characteristics as the previous ones, varying only in the year of mintage.

According to the entity, the first mintage of the coin was issued in 2005 and bore the effigy of Gregorio Luperón engraved in the center in profile to his right, with the inscription of the word “LUPERÓN” on his left shoulder and below, bordering his bust, the inscription “HÉROE DE LA RESTAURACIÓN” (HERO OF THE RESTORATION). In the upper border the legend “BANCO CENTRAL DE LA REPÚBLICA DOMINICANA” and in the exergue the corresponding year of minting. These inscriptions are separated by a sword, allegorical to the restoration deed.

On the reverse side, it has the National Coat of Arms slightly displaced to the right, flanked on the left by the value sign “25” and under said coat of arms the word “PESOS.” On the right periphery is engraved the inscription “REPÚBLICA DOMINICANA” flanked to the right.