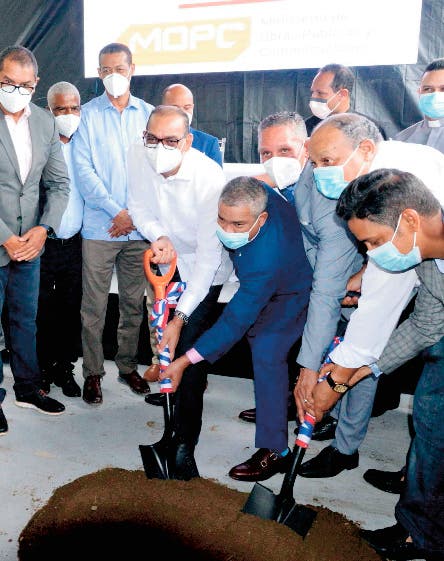 The Minister of Public Works and Communications (MOPC), Deligne Ascención gave the first palazo with which he started the reconstruction works of the road that leads from Piedra Blanca-Maimón in the Monseñor Nouel province to the Cotuí municipality in the Sánchez Ramírez province . Today / External Source 10/03/21

The Ministry of Public Works began the reconstruction of the Piedra Blanca-Maimón-Cotuí highway, Monseñor Nouel and Sánchez Ramírez provinces.

It also includes the expansion of three other bridges, the construction of a gabion wall, and the canalization of the Maimon River.

It states that this 27-kilometer highway begins at the junction of the Duarte highway with Piedra Blanca and ends in Cotuí.

It will have a 9.10-meter wide road; two lanes, one in each direction, and placement of safety barriers 9.7 kilometers, along its length.

Minister Deligne Ascención explained that it is “in the interest of President Luis Abinader” that this road, like others in the region and the country, be put in optimal conditions so that citizens can move easily and farmers transport their agricultural items to the markets.