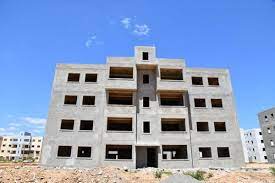 The construction companies have seen an opportunity in the apartments of one and two bedrooms after carrying out market studies to know the profile of the “modern” family and the acquirers. RAÚL ASENCIO / RH

One and two-bedroom apartments are booming.

It was April 1994, and my parents, who were two young, 20 and 24 years old lovers, were planning their wedding. Weeks before becoming spouses, they bought an apartment that had a living room, dining room, balcony, kitchen, and three bedrooms. It was not close to the city of Santiago, but it was close to my maternal grandmother.

Almost 26 years have passed, and the mentality of what my parents wanted and bought has taken a turn. Today’s young people don’t necessarily buy an apartment or get married and sacrifice square footage to live close to their jobs.

That is why, whether they are single or newlyweds, they are the ones who are giving rise to apartment projects with one or two bedrooms. Jorge Montalvo, president of the Asociación Dominicana de Constructores y Promotores de la Vivienda (Acoprovi), confirms this and expresses that this is because those who are buying this type of housing want less space and better location, to be close to their places of interest in the center of the city and their workplaces.

The representative of those in charge of building these houses and their subsequent promotion adds that more and more compact apartments are also being built. However, this is not what predominates due to the lots in central areas such as Evaristo Morales, Piantini, and others.

However, Montalvo emphasizes another main reason: “These projects are very suitable for people who buy as an investment, for rental purposes because it is a product that has a good return.”

Speaking to Listín Diario, Montalvo adds that the one-bedroom apartment is the one that singles who are already working are looking to buy, taking into account that “people are getting married later.”

“Besides, those young people who are already working and who have a certain purchasing power can buy those apartments which they can use to live in, and then if they partner up with another person they can live there as newlyweds,” considers Montalvo.

Dominican builders are developing one- and two-bedroom houses with a space ranging from 60 to 89 meters (645-960 sq ft), thinking of the “modern” family, those young people who at the moment do not want to have more than one child and who buy these apartments as a springboard for them to be able to save more or to enlarge the family, to acquire their house with more space.

For Montalvo, this phenomenon is not only being experienced in the Dominican Republic, because in developed countries there are a significant number of one and two-bedroom apartments, such as Spain and France, which have 50 to 60 meters (538-645 sq ft) and because their idea is also “to be in a better location by sacrificing a little footage.”

Resources have an influence.
Beyond the location, some young people start a life together and want to have their own home and buy a one-bedroom apartment even if it is in projects outside the city center.

Some residential developments in West, East, and North Santo Domingo, and outside the center of Santiago, have apartments with from one to three bedrooms.

The president of the Dominican Confederation of Small and Medium Construction Companies (Copymecon), Eliseo Cristopher, argues that this is because young people are adjusting to what they can afford, but have reflected that now, on occasion, what is paid in rent can be used to pay a mortgage loan.

Eliseo agrees with Montalvo that those buying the one- and two-bedroom homes the most are young people who plan to have only one child for now.

“There are also students who live alone,” Eliseo explains, adding that these apartments are in high demand for investment, either by renting them out or using them for vacation accommodations such as Airbnb.

He adds that builders are adapting to these niche buyers after conducting market studies.

The promotion of these homes has also become more dynamic.
The way of promoting one- and two-bedroom apartments have been transformed. It used to be expected to see a sign on the home that was for sale, and although this practice has not been forgotten, social networks have boosted the way they present themselves.

As if they were television presenters, real estate developers went from appearing in industry magazines to showing projects with professional cameras, microphones, and a whole production. Montalvo explains this boom is based on the digital and video tools that developers now have, in addition to the fact that testimonials have been boosted.

Gisselle Ventura is the owner of “Oferta Inmobiliaria RD,” which has a social media profile with varied and valuable content about this industry. She and her team take advantage of architectural spaces to interview the builders of the projects and those who have already bought and have done well. Gisselle says that each new production is a great challenge, which begins with selecting a project with competitive advantages in the area and, together with the team, making the magic so that clients can appreciate it in a new way.

“It’s a magic that is not easy for people like us who just turn on the camera and get nervous,” explains Gisselle. For Gisselle, the real estate agent has had to change radically, focusing on digital marketing, consulting, and finance knowledge.