Collado: Easter closed with a flow of more than 100,000 tourists 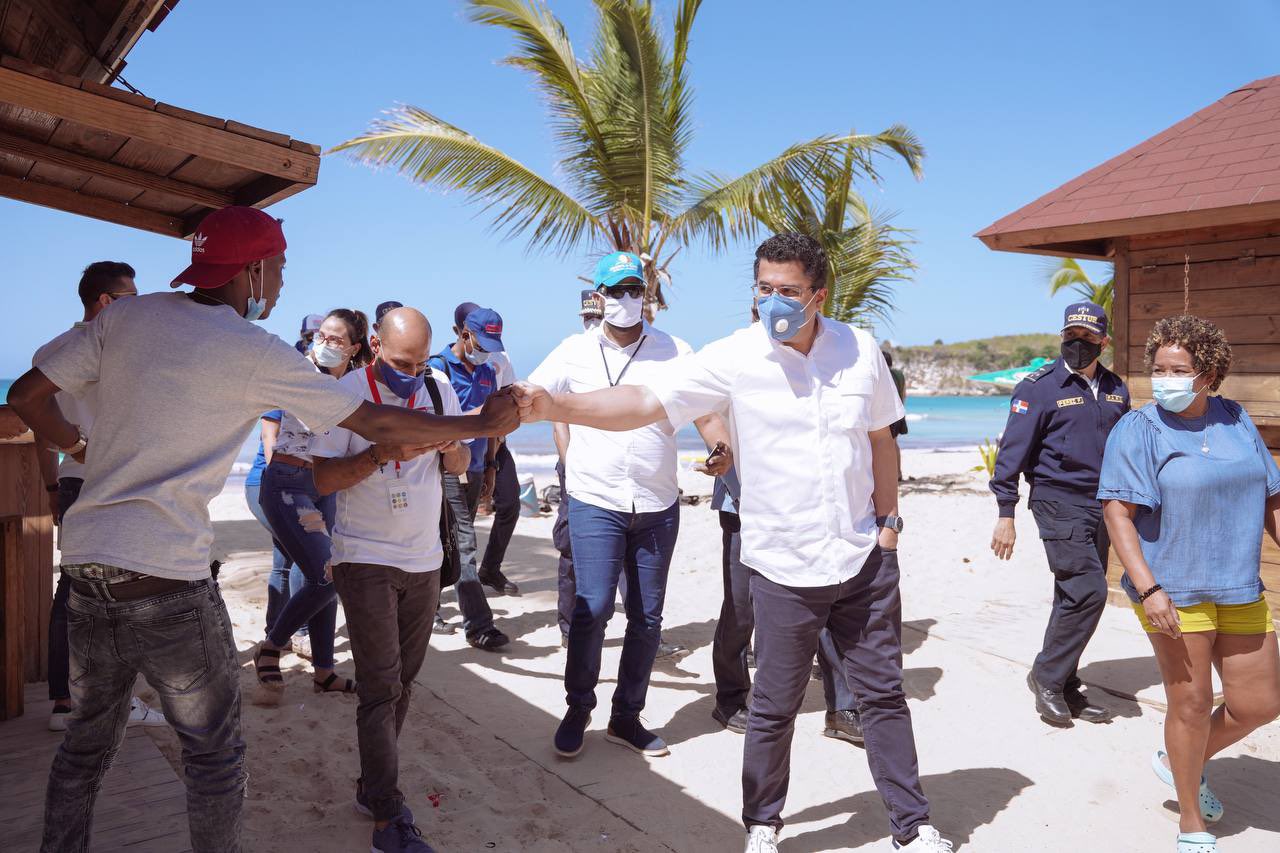 The Minister of Tourism, David Collado, informed that more than 100 thousand tourists visited the Dominican Republic during Holy Week.

After a tour of the main beaches of Punta Cana, he explained that the excellent flow of tourists that was registered is what had been estimated by the government for the Holy Week.

The minister also toured Macao beach together with the president of the “buhoneros,” supervising compliance with the established protocols and security.

He noted that the beach is the most crowded in Bávaro/Punta Cana.

The official remained vigilant and made a tour in all the poles of the country to verify the closing of the restaurants and beaches in the agreed schedules and the fulfillment of the sanitary measures established by the Government for the holiday period.

Collado, who is also the coordinator of the Tourism Cabinet, emphasized that even though many families decided to leave because of the long period confined by the pandemic, “in general, everything went well during this Holy Week.”

He also took the opportunity to supervise, together with Roberto Henriquez and Jackeline Mora, to fulfill the protocols at the Bahia Principe Hotel.

“Supervising compliance with the protocols at the Bahia Principe without prior notice. The recovery of tourism must be in a responsible manner; we will continue to fight day by day for the 500,000 Dominicans who live from the sector because tourism has a human face,” he said.