Abinader assures that the economy, job creation and investments do not stop growing 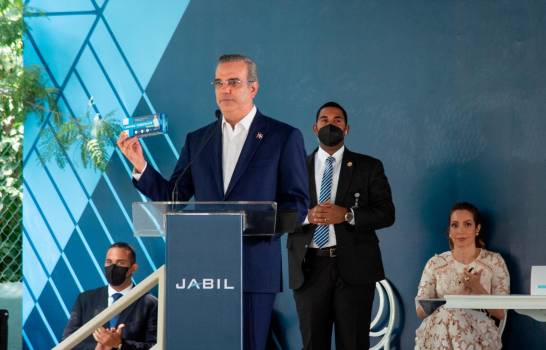 President Luis Abinader optimistically evaluated the current state of the Dominican economy, ensuring that its takeoff is already a reality despite the difficulties of the pandemic.

He cited the World Bank figures that project economic growth for the Dominican Republic of 5.5% and the Central Bank’s Monthly Indicator of Economic Activity (IMAE). The Local Manufacturing Industry reached 6.5% during February. 2021, compared to the same month in 2020.

The president is confident that 100% of the jobs in free zones suspended by the pandemic have been recovered, and new jobs have even been created.

He took as a reference the number of permits to install free zones or expand operations that the current government has approved in its eight months, which amounts to 45 companies. This number would double the amount agreed during the first eight months of 2020.

“I can tell you that our Dominican Republic is firmly on the path of development and economic reactivation. A journey marked by the opportunities that open up due to the great potential that we have as a country, but that without vision and political will could not be used as we are doing today,” highlighted the president.

On his side, the Minister of Industry and Commerce, Víctor Bisonó (Ito), affirmed that the free zones in the country are going through the best moment in their history. This is because the decoupling of the supply chain from Asia, known as “nearshoring,” has forced multinationals to seek new production sites to supply the United States market, making the Dominican Republic an ideal destination explained.

Abinader participated this Monday in the inauguration ceremony of the Jabil Regulated Industries production plant that, among other precision products, will manufacture the first rapid PCR test kits to detect COVID-19, approved by the FDA.

The tests, which will be sold over the counter, will give results in just 30 minutes and offer 98% reliability, reflected Abinader.