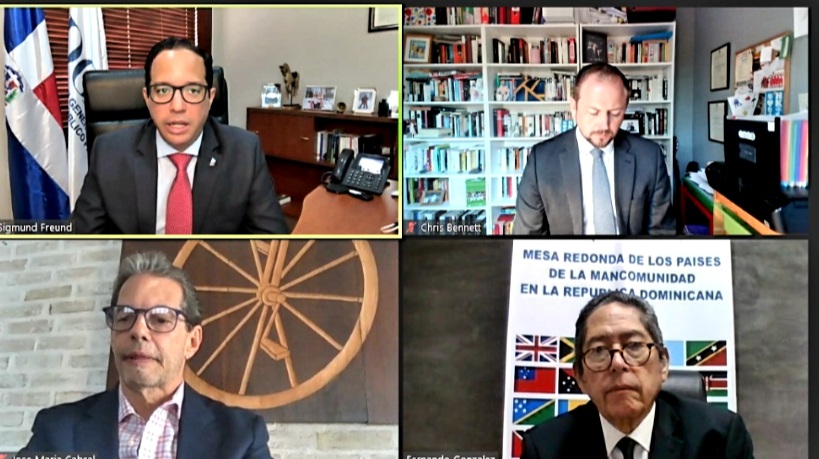 Santo Domingo. – The opportunities offered by the country to develop infrastructure and service projects under the modality of public-private alliances (PPP) were presented in a webinar to investors established in the 54 countries that make up the Commonwealth, among which are resources and technologies that can be used to benefit the economic development of the Dominican Republic.

The activity, carried out virtually by the Roundtable of the Commonwealth Countries in the Dominican Republic, co-sponsored by the Caribbean Council, in London and sponsored by Scotiabank, had as keynote speaker the executive director of the General Directorate of Alliances Public Private (DGAPP), Sigmund Freund.

Freund highlighted that the Government has defined PPPs as the essential instrument for economic growth whose purpose is to generate investments in priority areas for the country’s development, which entail the creation of formal jobs and the improvement of the population’s quality of life.

“The current economic situation allows us to be more flexible and open to local or foreign private investment, doing so in an orderly, efficient and transparent manner, ensuring compliance with the law and mitigating project risks,” Freund said in a presentation in English to the webinar participants.

The official detailed the PPP projects that are structured and processed through the DGAPP, highlighting the Ámbar highway, which in the coming days will be declared of public interest, the Pedernales Tourism Development Project, which includes the construction of hotel infrastructures and an international airport, as well as the expansion of the Manzanillo port in Montecristi.

The international event began with the words of Fernando González Nicolás, president of the Roundtable, and included as panelists Chris Bennett, executive director of the Caribbean Council and José María Cabral, secretary of the board of directors of the Roundtable and partner of the law firm Cabral & Díaz.

González Nicolás explained that the objective of the webinar was to publicize information and details of the opportunities that alliances provide to investors in the 54 countries of the Commonwealth, in these nations there are resources and technologies that can take advantage of public-private alliances in benefit of the economic development of the Dominican Republic.

Influential international investors participated in the webinar, which was in English, as well as members of the Dominican diplomatic corps in the Commonwealth countries. As are the ambassadors in London, Ottawa, Delhi, Kingston and Port of Spain.

He argued that in the past, investments from Commonwealth countries, such as Great Britain, played a leading and positive role in public-private partnerships. He gave the example of the alliance of the British with the Dominican State in the modernization and development of the electricity generation sector in the country.

González Nicolás highlighted as positive and promising the investment climate offered by the Dominican Republic, under the leadership of President Luis Abinader.