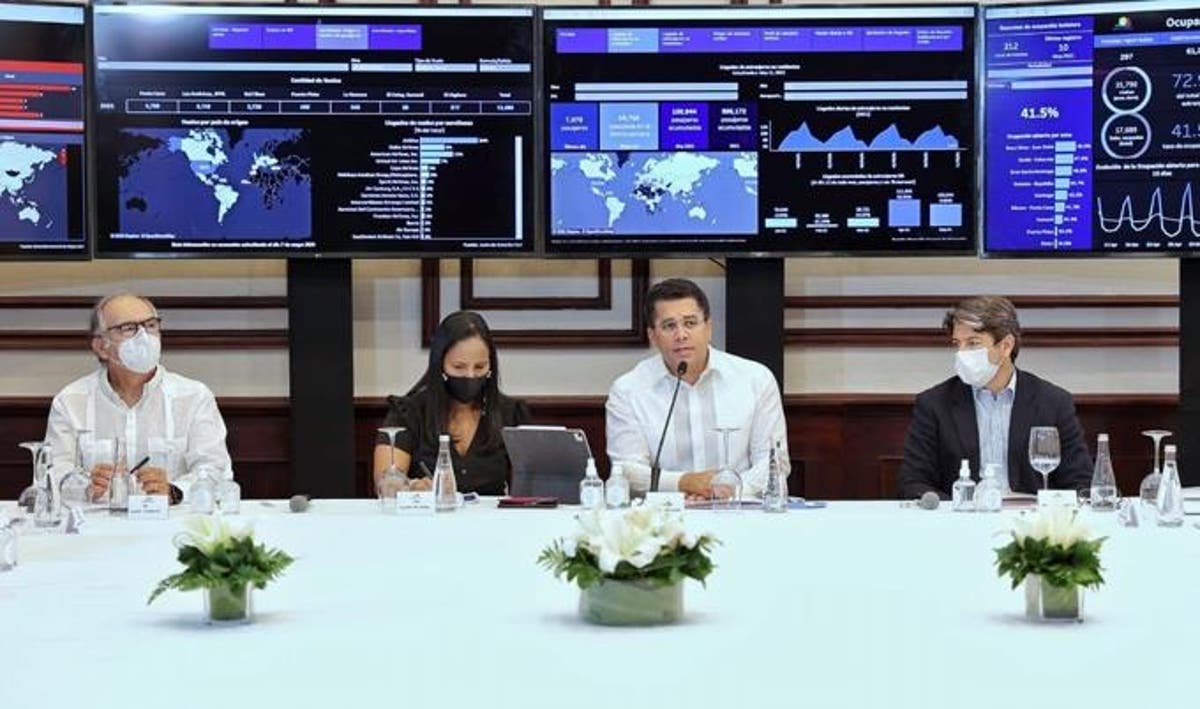 Between January and April of this year, 1,044,159 tourists arrived in the Dominican Republic, of which 895,228 held a foreign passport, while the rest are called “family visitors” because they are Dominicans residing outside the country.

April data
Of the tourists who arrived in April, 283,547 are non-residents with foreign passports, representing 7.46% more than in March 2021.

Collado added that 42.96% of these tourists arrived through Punta Cana International Airport, and, on average, the country received 9,452 tourists per day.

Of the 283,547 foreigners, according to information provided by the technical vice-minister of Mitur, Jacqueline Mora, 243,625 came from America, 39,301 from Europe, 323 from Africa, 233 from Asia, and 59 from Oceania. Foreign exchange generated by tourists during April was US$144 million.

Hotel occupancy
During April 2021, hotel occupancy stood at 76.52% thanks to foreign visitors, while the local market accounted for 28.11%.

Collado commented that this is a sign of solid and sustained growth in recent months.

“In the month of May, the numbers already indicate that we are going to finish at the same level as April,” Collado indicated.

Outlook
Collado added that April and May are the worst months for tourism in the entire season. For the Dominican Republic, they are the best months, with April showing the best results after the beginning of the coronavirus pandemic.

For the president of the Association of Hotels and Tourism of the Dominican Republic, Rafael (Rafi) Blanco, this is a hopeful outlook for Dominican tourism.

Blanco said that the measures implemented by Mitur to confront COVID-19 are having an effect, so the sector is optimistic.

Blanco added that as the vaccination process evolves favorably and as the European and Canadian markets begin to normalize, there will be a good summer with the arrival of tourists.

Meanwhile, Inverhotel, Ramón Roselló, affirmed that the growth figures presented by Minister Collado were no coincidence, after defining as “admirable” the vaccination process carried out in the country, unique in relation to other nations of the region.

He specified that these figures achieved in April and during the first four months of the year have been “the result of hard work and effort.”

Meeting
A few days ago, the Minister of Tourism, David Collado, described as a “true success” the meeting of Tourism Ministers of the Americas which took place in the country and where initiatives were approved to achieve the “full recovery” of the tourism industry, which in the Dominican Republic alone generates more than 500,000 jobs and represents 17% of the Gross Domestic Product (GDP).

Planning
After long hours of discussions at the tourism summit, ten points were approved where joint efforts were established to achieve the recovery of tourism, one of the sectors most affected by the coronavirus pandemic.