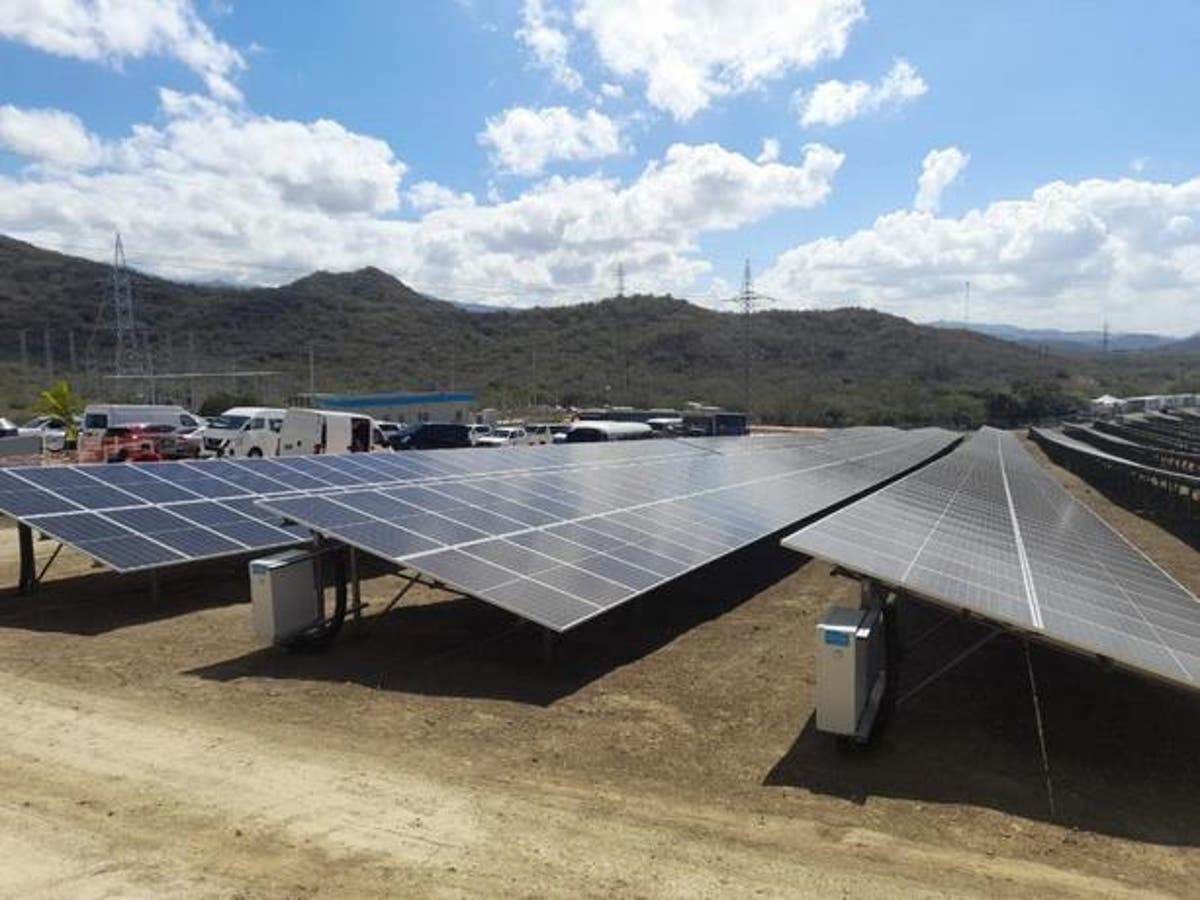 The event took place where this solar energy project was built, located in the Galión community of the Matanzas municipality in the Peravia province, about 30 kilometers from the city of Baní.

The opening ceremony began with the blessing of the work by the vicar of the Cathedral Nuestra Señora de Regla, Father Botello. It continued with the speeches of the president of AES Dominicana, Edwin de los Santos, who thanked the Dominican Government and President Abinader, the support provided to the sector so that these investments are made within the framework of legal security required, among other aspects.

This is the first Dominican AES project here in the country, explained de Los Santos, 100% renewable.

With Bayasol, it is the third clean energy project installed in the Peravia province; The first works as hydraulic energy in the Valdesia dam a few decades ago, the second, a wind energy park, was inaugurated in Matafongo, Sabana Buey, in 2019.

Since 2017, the incidence of AES through the infrastructure projects of the closure of the combined cycle, Gaseoducto del Este, together with its partners Enadon and Bayasol, said De Los Santos, has reduced its carbon footprint in the country annually by approximately 1,300,000 metric tons of CO2.

US $ 60 million
The president of the AES Dominicana corporation for Mexico, Central America, and the Caribbean, Juan Ignacio Rubiolo, after thanking the Dominican Government for support, indicated that an investment of US $ 60 million was made for the installation of this energy park ( RD $ 3,411.6) and that this will impact some 26,000 Dominican households.

President Abinader, along with AES executives, the Minister of Energy and Mines Andrés Astacio and other government officials, and local authorities, cut the ribbon that formally opened this Solar Energy project, which reportedly consists of about 142,900 solar panels.