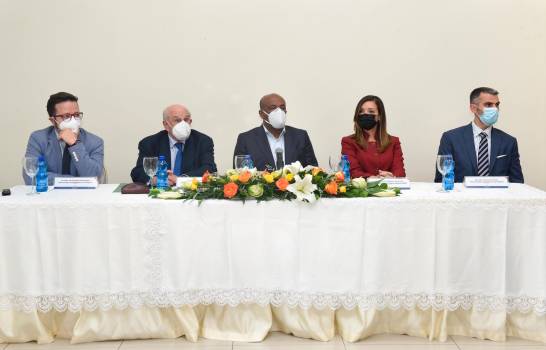 Foreign experts presented to Dominican officials the results of research on the hydrocarbon potential of the island and made recommendations to encourage hydrocarbon exploration in the country.

The Spanish researchers, who carried out the doctoral thesis “Tectono-sedimentary evolution of the San Pedro basin (Dominican Republic) and its hydrocarbon potential,” include an analysis of the oil wells, whose findings identified source rocks, suitable reservoirs, and other critical elements for the knowledge of the oil potential in the country.

The specialists met with Dominican authorities, with whom they reviewed the petroleum system and its relationship with the geology of the Dominican Republic, based on the data integrated into the country’s National Hydrocarbon Database.

During the activity, they exchanged opinions and experiences with authorities linked to the hydrocarbon extractive industry that will allow the country to explore alternative routes towards economic and social development.

Additionally, they presented their point of view on what actions would be necessary to reduce the perception of investment risk in exploratory activities to encourage interest in hydrocarbon exploration activities in the country.

At the conference, the Minister of Energy and Mines, Antonio Almonte, highlighted the importance of the meeting, considering it a necessary exercise that has brought together the country’s key players in hydrocarbons exploration and production.

Almonte said that President Luis Abinader has a priority in his plan that the country is positioned as a destination for investments in exploring and exploiting hydrocarbons.

“This ministry is carrying out the necessary tasks to establish the modern regulations that are required to guarantee that the exploration and possible exploitation of hydrocarbons is carried out in an efficient and responsible manner, for the benefit of Dominicans,” he said.

The team of experts from the Complutense University of Madrid, Spain, was made up of doctors in geology Andrés Carbó Gorosabel, José Luis Granja Bruña, and José Miguel Gorosabel Araus, from the Department of Geodynamics of the university mentioned above.