Prices of salami and other sausages will rise 12% 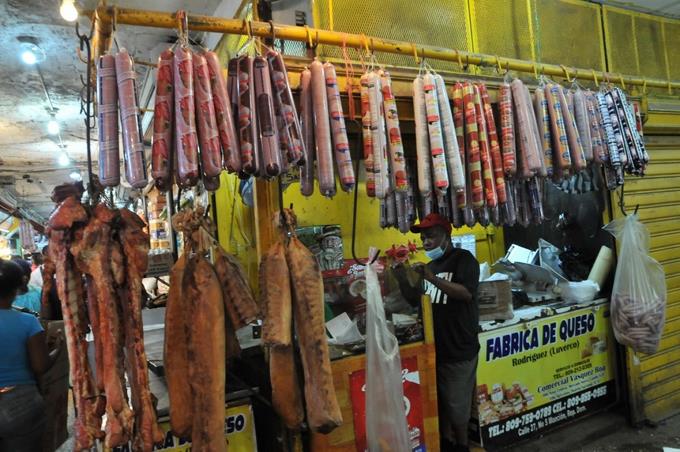 The Association of Stuffers of Cibao (Asoemci) reported Thursday that as of June 1, the prices of all its products would increase by at least 12% due to the increase in the cost of raw materials.

“Our sector has been affected by increases in the prices of our raw materials involved in the production processes of our companies, so we are being forced to take measures in our sales prices,” reads a statement released on Twitter.

Alejandro Lopez, president of the entity, told Listin Diario that they had been forced to increase prices due to the shortage of meat in the United States, so they have had to resort to Brazil, paying a 25% tariff.

“Meat has gone up around 30%. If you bring chicken from Brazil you have to pay a 25% tariff, from the United States you do not pay but there is a massive shortage,” he said in a telephone call.

López assured that if prices are not increased, “the (meat) industry will go bankrupt” and pointed to the Covid-19 pandemic as one of the primary triggers of the crisis in the sector.

The association president emphasized that last Wednesday, he communicated to the President of the Republic, Luis Abinader, so that he “gives them support.”

He also stressed that this Friday, a commission of the organization will hold a meeting with the Minister of Agriculture, Limber Cruz, to express the problems that surround them.

Concerning meats, he pointed out that the price of pigs on the farm has risen from RD$95 to RD$126 per kilo, while chickens are at RD$28 to RD$40.

According to the Morning Consult survey conducted this month by Bloomberg, one in three U.S. adults is spending more on groceries than they were at the beginning of 2021. Among the products showing hikes are red meat, up 65%; chicken, up 59%; and fish, up 49%.

Mitigation
According to a press document, the Vice Minister of Domestic Trade Ramón (Monchy) Pérez Fermín, highlighted in a radio interview on Rumba 98.5 FM radio station that the Government has taken measures to try to ensure that the increases of raw materials in the international markets impact the population as little as possible.

“During the search process, tending to mitigate the mentioned increases, the Minister of Industry and Commerce, Victor -Ito- Bisonó, managed, together with the flour sector and the bakers, to postpone the increase in the price of the economic bread, commonly called, RD$5 bread.

According to the official, through the popular markets and Inespre, the primary food basket products are placed at competitive prices. Apart from some undesirable prices in the country, “the authorities make great efforts to control and reduce these increases.”