Gov. admits bread will rise, ‘but not so much’ 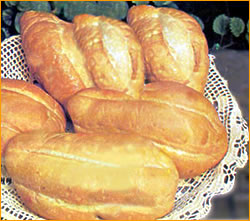 Santo Domingo.- The Minister of Agriculture, Limber Cruz, confirmed Thursday that bread will rise in prices, although not at the level as several sectors had announced last Monday.

“You saw how they tried to attack the bread, you saw they put it at 10 pesos, whe bread was still at 5. The Minister of Industry and Commerce, Víctor Bisonó, has done a work of conversation with the associations, with the producers, you have seen how it has been maintained.”