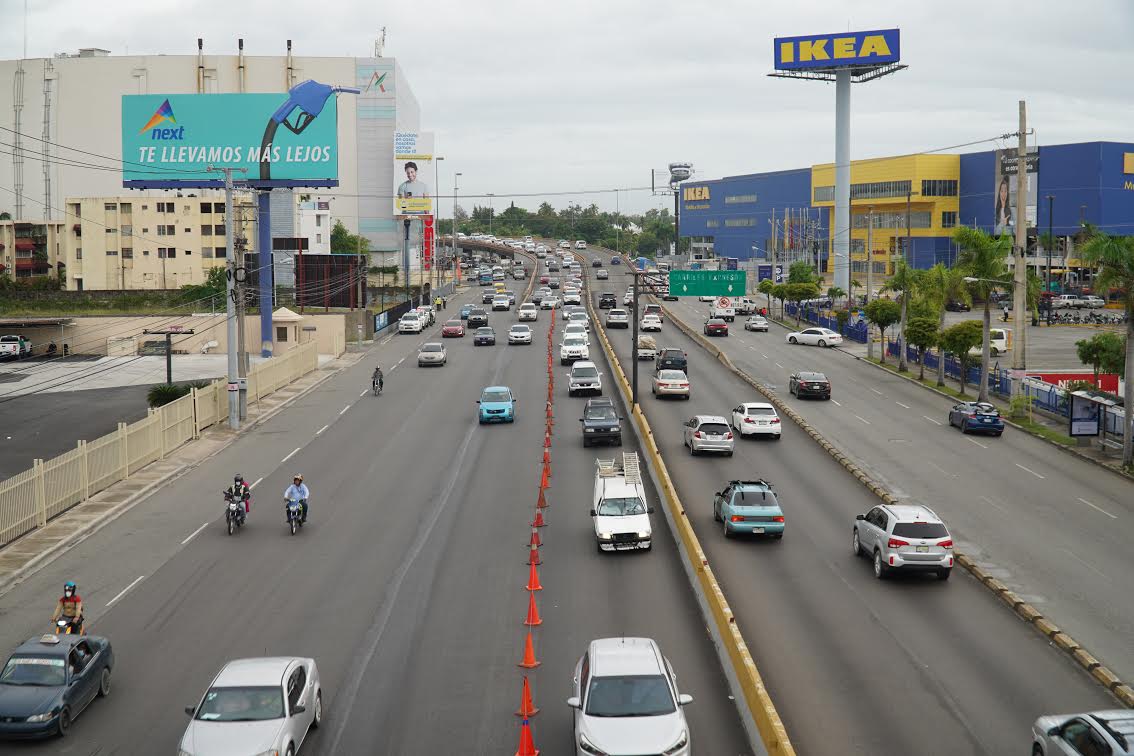 Santo Domingo.- A more fluid traffic on John F. Kennedy Av. comes after the Directorate of Traffic Safety and Land Transport (Digesett) and the National Institute of Transit and Land Transport (Intrant) applied the results of a study in the section from Abraham Lincoln  to Tiradentes avenues, in a west-east direction.

Intrant and Digesett technicians conducted overviews with cameras and drones and then proceeded to relocate the traffic cones.

They also placed various police officers in strategic locations to facilitate and complement the streamlining of traffic, with the designation of two express lanes.