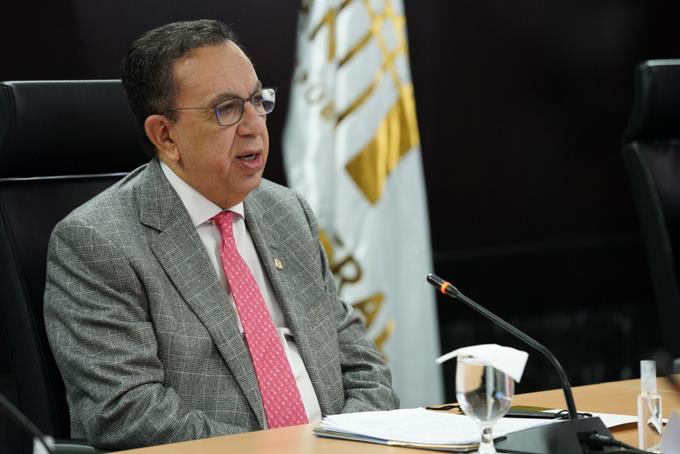 The Central Bank of the Dominican Republic (BCRD) has between RD$7 billion and RD$8 billion available for the sectors “that want to borrow,” was announced this Tuesday by the governor of the organism, Héctor Valdez Albizu.

These resources are the product of recoveries of money that has been placed to invigorate the economy, Valdez Albizu stressed.

“Recently in the Monetary Board it was decided that the recoveries that were coming from the money that is already placed, which make between RD$7 billion and RD$8 billion, will again be relocated to other sectors that need it. This is an additional boost…,” said the governor during a press conference in which he announced the results of the economy in the first five months of this year.

To date, some RD$196,285.1 million have been channeled to companies and households through some 90,000 new loans, refinancing, and debt restructurings, according to the BCRD report.

The governor emphasized that the agency has enough space to contribute with the support needed by the different productive sectors.

This Tuesday, the president of the Monetary Board and governor of the CB reported that last May, the Dominican economy registered a growth of 21.2% compared to the same month of 2019. In the first five months, cumulative growth amounted to 13.4%.

Valdez Albizu stressed that the economy is consolidating its recovery trend so that by the end of this year, economic growth is expected to exceed 8%.