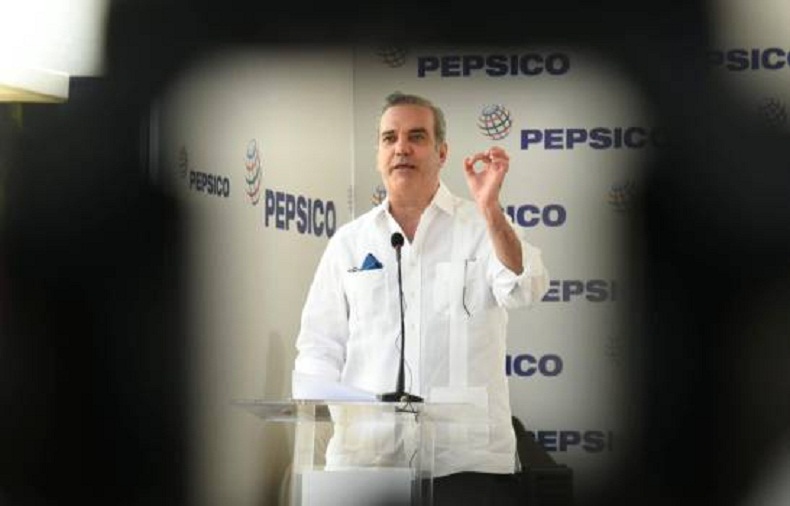 President Luis Abinader highlighted the importance of the private sector for the generation of jobs, considered necessary to alleviate the global crisis, and pledged to promote an agreement with the Agricultural Bank and the Ministries of Agriculture and Industry and Commerce so that the potatoes imported by the multinational PepsiCo are produced in the Dominican Republic.

The president spoke after participating in the inauguration of the expansion of PepsiCo’s Caribe plant in the country, which produces Lay’s brands with both local and imported potatoes. Gerardo Díaz de León, president of PepsiCo, explained that the company has contracts in force with farming communities in the areas of Constanza, Moca, La Vega, and La Canela, which produce an annual average of more than 9,000 tons of potatoes, plantains, and yucca, covering more than 450 hectares of crops.

They purchase 7,000 tons of potatoes annually, representing 8% of the country’s total potato production.

The expansion of PepsiCo’s operations includes the installation of a new potato line capable of producing 10.9 million units of Lay’s per month, the installation of an exclusive plantain line, and a new raw material warehouse that doubles storage space, thus increasing the volume of purchases from local agricultural producers.

The event, held at the company’s facilities in the municipality of Pedro Brand, Santo Domingo, was attended by its executives and the Chargé d’Affaires of the U.S. Embassy in the country, Robert W. Thomas.

With more than 27 years of presence in the Dominican Republic, PepsiCo operates through its snack manufacturing plant and sales force to distribute the Frito Lay, Gamesa, and Quaker brands, generating more than 1,400 direct jobs, in addition to those of its bottling partners Cervecería Nacional Dominicana (CND, part of AMBEV) and Corripio.