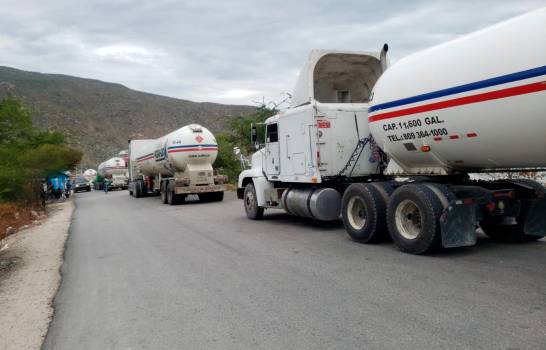 Santo Domingo.- The Dominican Government ordered Monday the passage of 20 tanks of propane gas (LPG) to Haiti due to the total shortage of the fuel, which is imported from the Dominican Republic.

The Minister of Industry and Commerce, Víctor (Ito) Bisonó, reported that Haiti had 60,000 gallons of the fuel, which was already in short supply in hospitals, hotels, canteens and popular restaurants.

“The President of the Republic gave instructions to those of us who have an influence on binational markets and the border issue to allow them to pass through humanitarian issues, and thus support social stability in Haiti,” said the official.

Bisonó added that the 20 tankers were transported through the Jimaní pass and that the Dominican authorities are attentive to the requirements.