Gov. says pork is safe to eat along the border 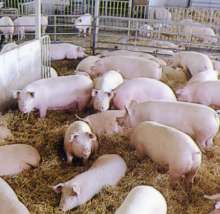 Santo Domingo.- The Director of Animal Health of the General Directorate of Livestock (Digega) instructed the population of the border to consume pork, ensuring that it does not represent a danger for human consumption.

Dr. Rafael Bienvenido Núñez said that the population of the border from Pedernales to Montecristi can consume pork from organized breeding and those that have not had a sanitary eventuality, because the protection processing plants or slaughterhouses have inspectors who inspect each slaughter to prevent sick animals from being killed.

The official specified that it is also forbidden to slaughter pigs that do not have the movement certification issued by a physician in the corresponding area.