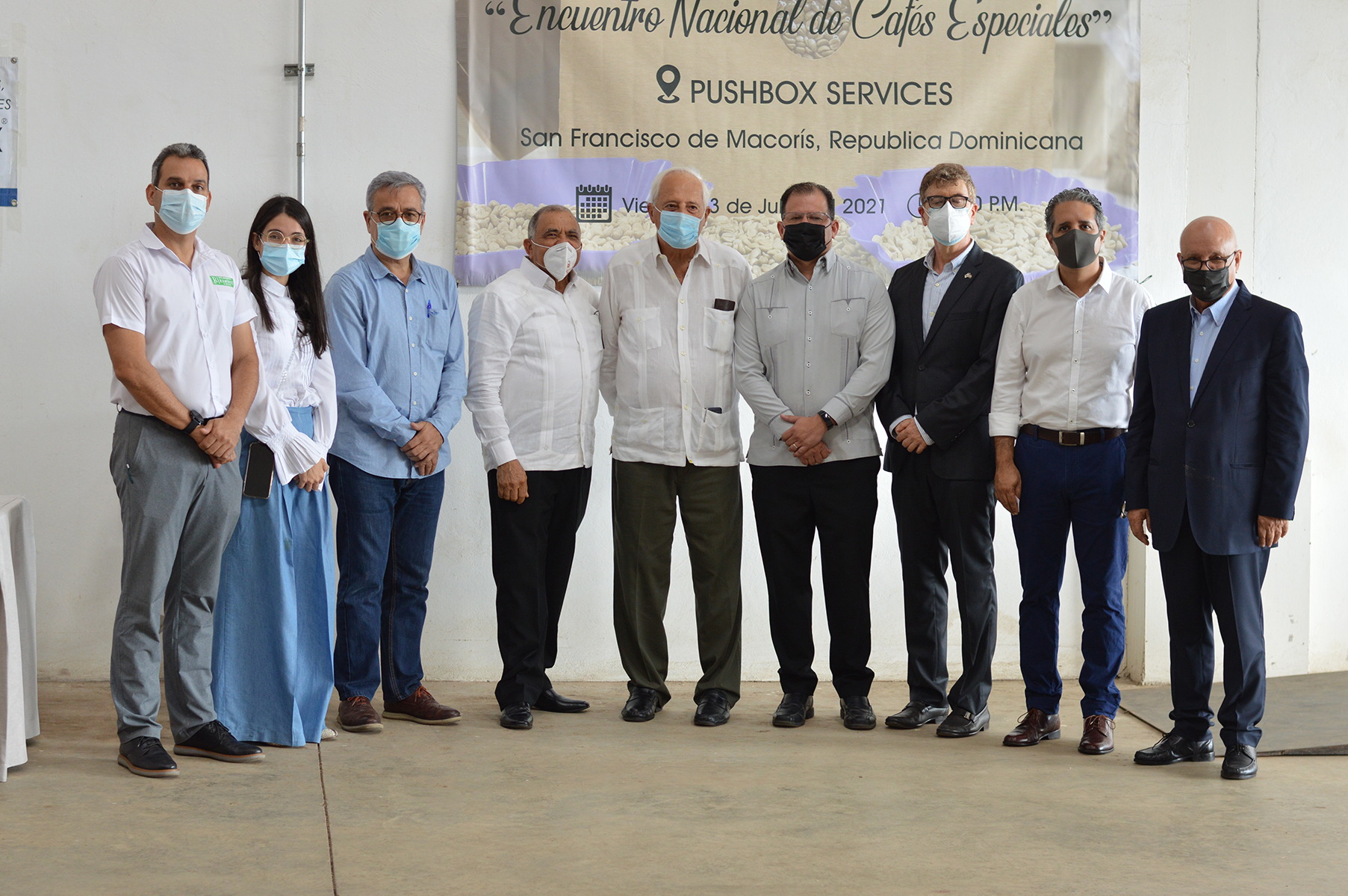 With the presence of Dominican exporters of specialty coffees and authorities of the Dominican Coffee Institute (Indocafé), ProDominicana, and the Ministry of Industry, Trade, and Mypimes, actions were announced for the repositioning of the country’s specialty coffees in the demanding international markets, making the push box high-tech vacuum packaging available.

On behalf of the specialty coffee sector, Eddy Ramírez said that although in the last thirty years national production has been reduced, becoming an importing country, this will be a year of growth, as they have begun to resume old markets, as well as emerging new ones.

Ramirez thanked the government for its support for participating in the Specialty Coffee Fair to be held in New Orleans on September 30 and congratulated the Pushbox packaging, which he said allows coffee conservation over time.

At the ceremony, the executive director of Indocafé, Leónidas Batista, highlighted the importance of Dominican coffee, assuring that it is the product of greater social union. He added that the government would work to make the coffee sector self-sufficient for domestic consumption and increase specialty coffees’ export.

He stressed that conserving coffee forests is a “matter of life and death” since they are the best ally to preserve soils, water, and biodiversity. In this sense, it makes contacts so that coffee growers receive the carbon credits that correspond to them.

Another of the incentives for the sector, explained by the official, is an agreement signed with the Agricultural Bank, which will give credit with a rate of 0% for seven years so that one hundred young coffee growers from each province can access this benefit.

He also mentioned the donation of plants and the international awards that have been received by the brands of specialty coffees for export from the Dominican Republic. The official called push box packaging a great innovation.

Packaging details
The creator of the packaging, Domenico Malcangio, reported that it preserves coffee for more than two years, with maximum freshness and quality, free of pests, moisture, sunlight, and contaminants of all kinds.

This technology results from 12 years of work and provides all the solutions to the logistics chain of optimal packaging, transport, and storage.

From September of this year, the Pushbox will be 100% recyclable. Paulo Paiewonsky, from the host company, led the event before the company’s tour located in San Francisco de Macorís.