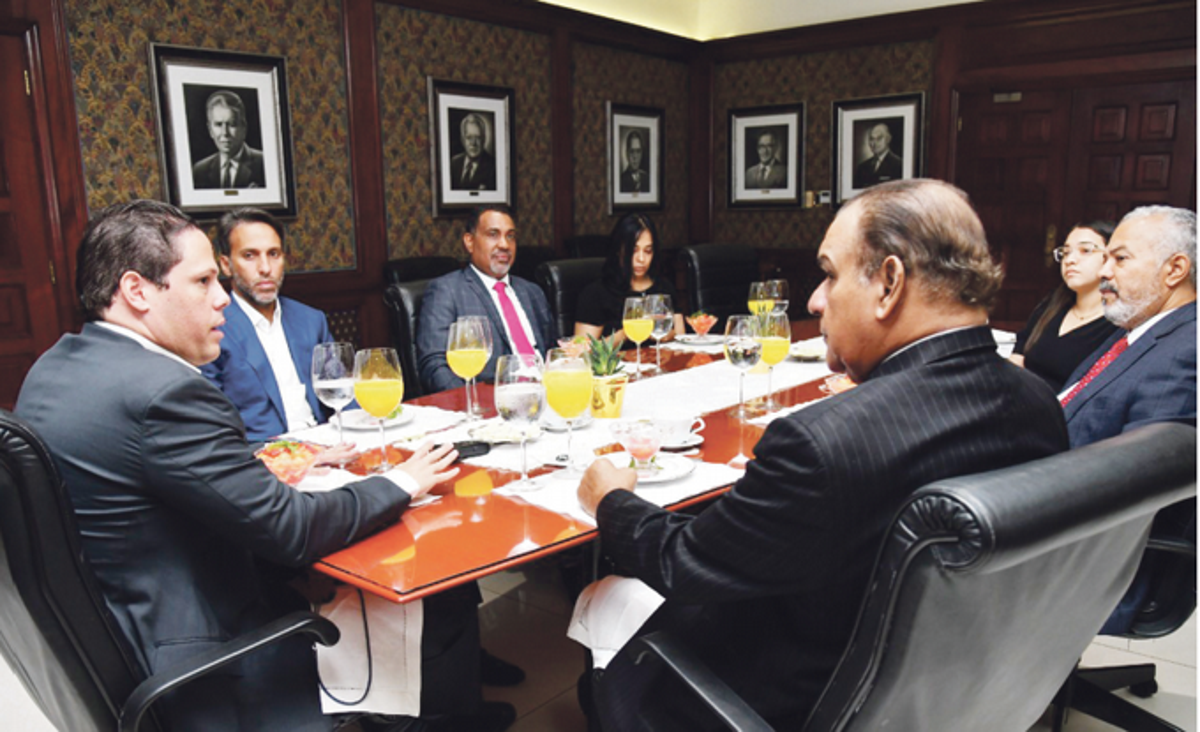 Participants in the Listín Breakfast, headed by the director of the medium, Miguel Franjul, and the deputy director, Fabio Cabral. JOSÉ ALBERTO MALDONADO / LD

Apart from residences for Dominicans, the Ministry of Housing is now responsible for the construction of hospitals, schools, and buildings in general and supervision.

One of the tasks of the newly created Ministry of Housing will be the construction of a trauma network and an oncology network in the country, a project that is already in the design phase and whose objective is that when a person has an accident in any part of the country, they can reach these hospitals or first aid units in less than an hour.

The announcement was made during the Listín Breakfast, which was attended by the Minister of Housing, Habitat, and Buildings, Carlos Bonilla Sánchez, who said that the oncology units would also be of great help to those who live in provinces where there are no hospitals of this type and have to go far to continue their chemotherapy treatment.

“That is an important plan that we are currently designing. Between trauma units and hospitals there are some 15,” said Bonilla Sanchez in his first interview as Minister of Housing.

The official, who in this administration served as director of the National Housing Institute (INVI), assured that the trauma and oncology units would be small because this is where people will be stabilized. These will be located in hospitals in some towns; while there are no medical centers, they must be built from scratch.

To contribute to the development of this project, it has been stipulated that the National Health Service (SNS) contemplate an ambulance network for these places.

“When something so complicated happens, such as the pandemic, you realize the level of deficiency you have at the level of hospital infrastructure and we realized all that,” Bonilla Sanchez considered.

Repair
Although this ministry will be in charge of a project called “Mi Vivienda,” where the Dominican Government will subsidize up to 60% of the homes to those who wish to buy a house, and the beneficiary will put the remaining 40% for people who cannot pay a monthly amount of a loan or down payment, their residences will be repaired.

“Those people are given the place where they live in a dignified way. We do not believe in giving away 100% new housing because it has been proven that people do not appreciate housing, it has to cost them something. When it comes to living in a community, they have to know how to do it and if you give it away, they are not interested in learning how to live in a community”, commented Bonilla Sanchez.

For the head of Housing, Habitat, and Buildings, the programs in this aspect that the entity will have will be massive. People who are reluctant to leave their area understand that by doing quality urbanizations, people move.

He emphasized that the Ministry of Housing will have a social focus that significantly impacts an entire family’s life.

QUALITY
Change of life
For the head of Housing, Habitat, and Buildings, the programs in this aspect that the entity will have will be massive. People who are reluctant to leave their area understand that by doing quality urbanizations, people move.

“You are given an option to live in a new house with a title, that you can leave it to your family, which is also very important versus living in a disorganized way, without green areas, without the space you have to have and paying almost the same rent,” said Bonilla Sanchez.

The official was accompanied by the vice ministers, Danny Santos Compres and Ney García.