Abinader orders the Census for 2022 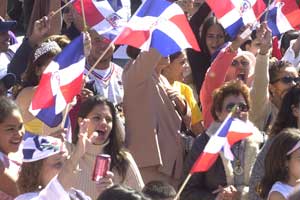 Santo Domingo.- President Luis Abinader declared of national interest the preparation, organization, collection, processing and dissemination of the X National Population and Housing Census, “whose purpose is to update the data of the Dominican population and serve as a basis for the creation of public policies that contribute to the improvement of the quality of life of the Dominicans.”

The measure is contained in the decree, 607-21, which indicates that the X National Population and Housing Census will be carried out in 2022, according to the planning and schedule that will be sent to the Executive Branch by the National Statistics Office (ONE).

The National Statistics Office (ONE) will be in charge of coordinating the X National Population and Housing Census, who will also be obliged to carry out the tasks established in the current legislation until the end of their functions, except in cases of force majeure. that are duly justified and accepted by that institution.

12 million haitians
4 million morenitos/ trigenos dominicans still asleep.
the rest fled to the diaspora for a better life……
and a few whites/ blanquitos and 1 million Venezuelans..