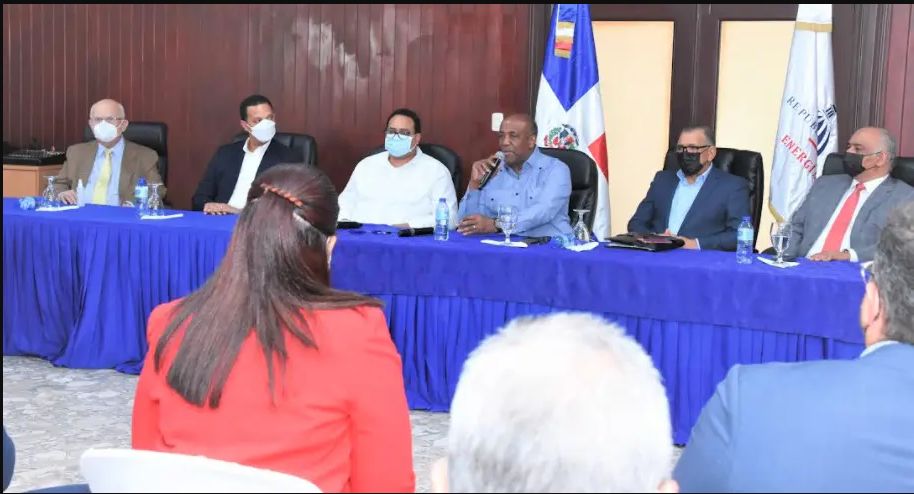 The Minister of Energy and Mines and the executive vice president of the Unified Council of Electricity Distribution Companies led the signing of seven contracts for renewable energy projects, with national and foreign companies contributing to the system 420 megawatts: and could reach 544 megawatts of peak clean energy.

During the event, held in one of the halls of the “Julio Sauri Club” of the CDEEE, several of the investors highlighted the levels of transparency and speed with which these contracts were evaluated and approved, considering that, in the past, they took between one and eight years.

Speaking of the investment destined for these projects, which will be more than 485 million dollars, Minister Antonio Almonte considered it a milestone to have signed these contracts because they stimulate energy investment, generate confidence, and fulfill the promise of the changed sector.

“These investors will give testimonies and will be promoters for the stimulation of new investments in the Dominican Republic in the area of energy, after having arrived at this process without any difficulty in terms of transparency and legality,” he said.

Almonte said that due to the facilities received and the transparency of the process, the investors present would be the best promoters to stimulate the inflow of capital for investment in clean energy and thus transform the generation matrix by injecting renewable sources.

He affirmed that the construction of these projects would begin shortly in the different municipalities of the country.

The companies plan to develop their photovoltaic projects of between 42 and 120 megawatts in Azua, Peravia, San Cristóbal, San Pedro de Macorís, Monte Plata, and La Victoria, in Santo Domingo Norte.

Astacio said the signing of the contracts as part of the continuation of the energy policy established by President Luis Abinader for the country to have a renewable energy matrix with natural gas as a transition fuel.

He added that we would continue working with other concessionaires to achieve agreements that benefit Dominican society within a legal and transparent framework in the coming days.

At the end of the event, the businessmen who signed the contracts for the production of renewable energies agreed that they had not participated in the past in a meeting of that nature, nor that it showed those levels of transparency for the conduct of their business.

Jaime Llinares of Levitals Grupo Inversor highlighted the government’s effort to eliminate the bureaucratic obstacles of the past and congratulated the authorities for making this business effort a reality.

Michelle Reyes, Commercial Director of AES Dominicana, congratulated the authorities for the levels of transparency with which the contracts were handled, as well as for the speed with which all the permits were processed, “something that was not seen very often.”

Businessman Alfonso Rodríguez, the representative of Electronic JRC and the Monte Plata Solar project, highlighted the effort made by the current management to incorporate more renewable energy into the country’s energy matrix. “This work done by the authorities can be described as very good,” Rodriguez said.

The Minister of Energy and Mines shared the main table, the vice president of the Unified Council of the EDE and several of its members, and with the Deputy Minister of Energy, Rafael Gómez. Lawyer Carmen Chevalier notarized the process.