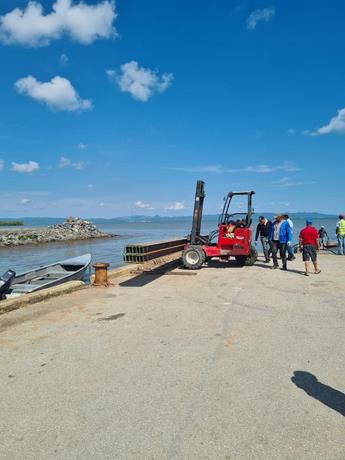 “This process that began in July will have two parts, first, Public Works for the construction of the new pier and second, the intervention that the Port Authority will make to guarantee the proper use and operation of the work,” Rodríguez said in a statement.

“From early Tuesday, the concession company of the work, began the unloading of construction materials for the work and the first steps for the intervention of the dock.”