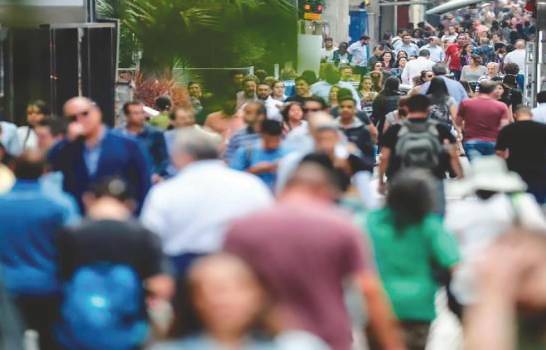 Financial health is like happiness, it is related to people's expectations and perception.

The First Financial Health Study in the Dominican Republic 2021 showed that 8.9 million Dominicans have a survival or vulnerability financial situation.

In addition, there are 30% within that percentage, equivalent to 3.1 million Dominican households, whose situation is financially vulnerable. This means that this segment does not achieve a minimally acceptable level of financial health in some or all of the eight variables considered in the study.

The document released by Caudall, a platform made up of a team of market leaders, which seeks to transform the way people relate to money radically, explains that the study results show that the Financial Health Index is 54 points on a 100 point basis. According to the methodology, this indicates that, in general terms, Dominicans have survival finances.

People’s financial health promotes economic growth, facilitates the channeling of resources from savings to investment, protects households against the materialization of crises, contributes to reducing poverty and inequality, and is a crucial element when generating a path of sustained prosperity.

It is detailed that only 15% of Dominicans manage to achieve finances that are considered healthy, with a score of 80 points or more. This means that, of the country’s total population, three million live in a situation of financial vulnerability, and 5.8 million are surviving from day to day. Only 1.7 million have a healthy financial position.

By sex and age

The document highlights that, by sex, women are in a more vulnerable situation in financial terms than men. For example, 33.53% of women are vulnerable, 55.26% receive income just to survive, and only 11.21% are healthy financially.

Are the savings enough?

For 38.51% of Dominicans, their savings are only enough to last less than three weeks, covering their ordinary expenses in case their income is affected.

Likewise, 22.47% can last six months or more with their savings, 20.63% would last from one to two months, and 18.39% have enough savings to cover their ordinary expenses for three to five months.

But, in addition, 51.03% of those surveyed are not sure of having enough long-term savings. The opposite shows 48.97%, which indicates that they feel confident.

In addition, promoting more direct and far-reaching actions by companies in the financial sector in terms of the financial education of their clients.

4.7 6 votes
Article Rating
3 Comments
Oldest
Newest Most Voted
Inline Feedbacks
View all comments
Where there is a will...

Wow…how much did this study cost? Stating the obvious!

They don’t want to work.

They fail in the recommendations part of the study. They should have point out that the penalization of saving when savers do not withdraw money for a short period of time is a disincentive to save money. The banks are stealing people’s money with this ruling that they have colluded to impose.