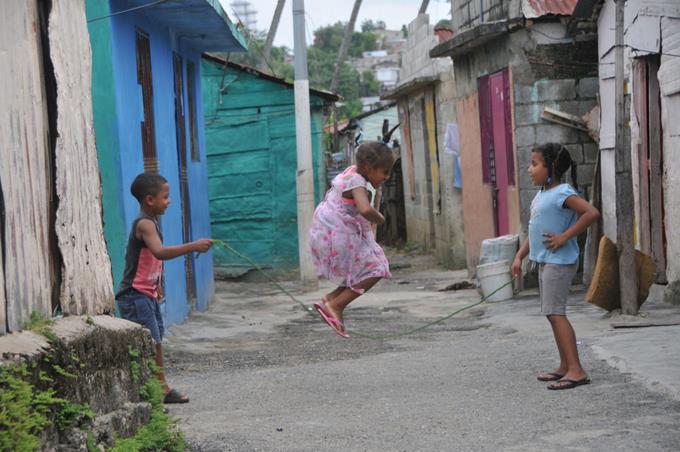 GDP per capita levels in Latin America and the Caribbean will not return to pre-pandemic levels until 2023 or 2024, according to a new report prepared by several international organizations, which warns that poverty and extreme poverty have reached levels not observed in the region in the last 12 and 20 years, respectively.

The text prepared jointly by the OECD, ECLAC, the European Union, and the Development Bank of Latin America (CAF) warns that the crisis derived from the pandemic has caused damage to an “extremely vulnerable social fabric, resulting in a significant increase in poverty and inequality.”

All this considers that the demand policies promoted by governments served to avoid loss of life and increases in poverty. Without these transfers, the Gini index – a measure of inequality – would have increased by 5.6% compared to 2019, instead of the 2.9% recorded.

Much of this inequality is explained by the region’s strong presence of labor informality. For example, when the pandemic broke out in Latin America, 50% of workers had a social security job or were not recognized by informal employment records.

Households that earn their income exclusively from the informal economy have been the hardest hit by the crisis, losing their jobs and the income they earned from them. On average, 45% of the Latin American population lives in households that depend on this type of employment, 22% live in mixed homes, and 33% live in families that rely on the formal economy.

Likewise, the phenomenon of informality affects the region’s economies asymmetrically, since while Chile or Uruguay have less than an impact of less than 20%, in Bolivia, Honduras, or Nicaragua, it exceeds 60%.

In this context, the organizations recommend that Latin American economies promote innovative options for labor formalization and reduce social coverage gaps to protect women, youth, migrants, and other vulnerable groups.

No solution guarantees a solid recovery.

The agencies warn that no approach or solution guarantees a solid, sustainable, and inclusive recovery. However, a common feature for recovery is the need to adopt a clearly defined sequence of fiscal policy measures in spending, taxation, and public debt management.

“Mobilizing resources for recovery will require efforts at the national level and better cooperation and coordination at the international level, especially concerning the public debt.

The document advises that Latin American governments use fiscal, social, and productive transformation policies to build a new social contract at the national level. In particular, the elements of intra- and intergenerational mobility and equity and the challenges associated with climate change and the transition to a low-carbon development model should be duly considered.

In regional matters, the report stresses that Latin America is lagging in integration since only 14% of its exports remained within the region in 2019. Moreover, the proportion has been declining at a steady pace since 2014.

Thus, the promotion of intraregional trade, creating regional value chains, and improving the region’s participation in global value chains through the connection of micro, small and medium-sized enterprises with international trade are critical public policy objectives in the context of the coronavirus.