Construction of El Soco Photovoltaic Park begins for US $ 93 MM 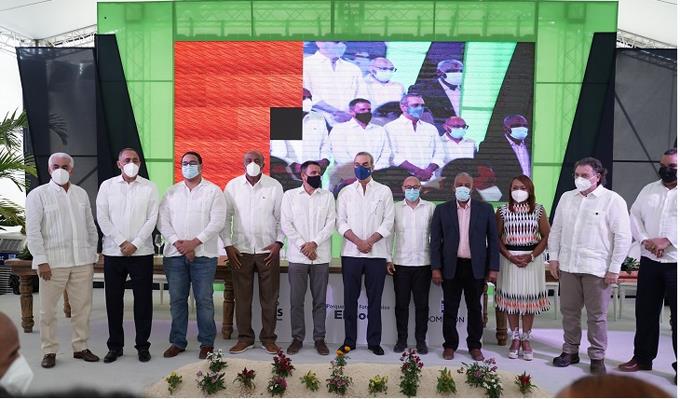 President Luis Abinader, fulfilling his promise to respect and care for the environment and natural resources, dipped the first shovel to break ground in the construction of the El Soco Photovoltaic Park, which will have an investment of US $ 93 million and will generate about 450 direct jobs and more than 100 indirect.

In this installation phase, direct employment is generated with more than 500 people peaks. It will also have local personnel from its start-up, including executives, technicians, operators, and workers.

With the initiative and protecting the environment, the country will benefit from renewable energy.

It is estimated that the park’s production will exceed 130 gigawatts per year, which will mean savings in CO2 emissions of more than 53 million tons. In turn, it will contribute to reducing the country’s dependence on fossil fuels to produce electricity.

Green energy
This project, led by Bas Corporation and Dominion, contributes to the country’s commitment to increase its generation capacity in green energy and the guidelines of the Paris Summit on climate change and the reduction of carbon emissions.

It is good the country is adding more renewable energy sources.

Again, no details of where is the location of the solar park. It may be suggested it is near San Pedro de Macoris. El Soco may be reference of the river with the same name to the east of the San Pedro urban area.

Should be near village of Ramón Santana,

Mayor of Ramón Santana, Santa (her first name) should be getting some credit for this project… Go Santa…!!!