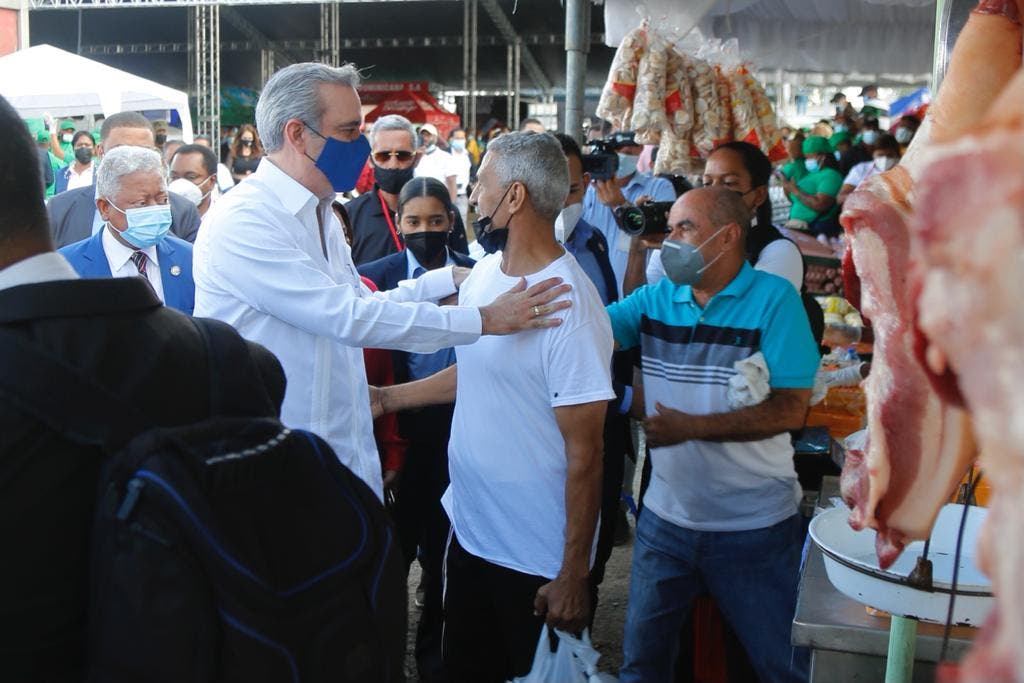 This Tuesday, 14, and until December 16, the 100 thousand Christmas combos that the National Institute for Price Stabilization are available only at the agricultural fair on the old Herrera airport in Santo Domingo Oeste. (Inespre) sells for 500 pesos.

President Luis Abinader read the central speech in a ceremony to start the sale, accompanied by former President Hipólito Mejía.

The actual cost of the products included is 1,100 pesos, but the government subsidizes 600 pesos to reach the buyer at 500 pesos, according to Iván Hernández Guzmán, director of Inespre. This will be possible with a contribution from the Presidency of 200 million pesos, which will also be used for other programs to sell products at low prices.

Next Saturday, December 18, the combos will be available in the 40 farmers’ markets distributed throughout the national territory.

On the first day of the program, you could see the disorder and long lines in the sun of people who said they had been there since the early hours of the morning. The coordinators could not organize people or start the dispatch, so the lines remained stopped at the only point of sale of the product package.

Pork leg is the most coveted product and motivates most buyers.

Abinader assured that the purpose of these policies is to support producers to bring fair prices to consumers.

“This will be completed with exhibitions of products and services, tastings, contests, artistic activities, and other surprises,” said the president. In addition, he indicated that the number of farmers’ markets has increased to 58 every week and to 35 mobile warehouses held every day.

Not all combos come with the same foods due to five different packages being made. For example, the first combo consists of a chicken, 5 pounds of rice, a 16-ounce can of pigeon peas, a loaf of bread, 16-ounce oil, two pasta, punch, salt, seasoning, 16-ounce can of corn, vinegar 16 ounces, 10-pack chocolate bars, gummies, and coquitos.