More than 25,000 people made purchases at Inespre’s fair 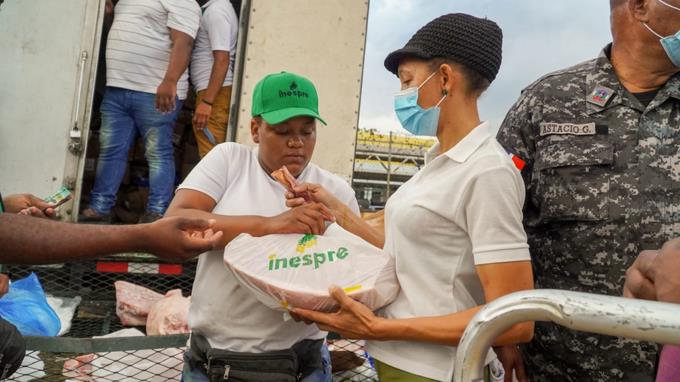 Christmas products will also be sold at the 60 producers’ markets held by the organization every week.

The fair was held from December 14 to 16 on the grounds of the old Herrera Airport and was attended by several institutions of the national agricultural sector and companies.

Five Special Christmas Super Combos with Christmas Eve products were offered at the fair, valued at more than 1200 pesos, and sold at only 500 pesos by order of the Presidency of the Republic.

Iván Hernández Guzmán, director of Inespre, announced that the institution will extend the sales of Christmas products until December 23 in the 60 markets it develops every week, 40 on Saturdays and 20 on Wednesdays in various parts of the country.

Hernández Guzmán informed that they were considering opening new points of sale before December 24 and thanked the Dominican people for trusting the institution and coming en masse to the fair to buy and consume products of national origin.