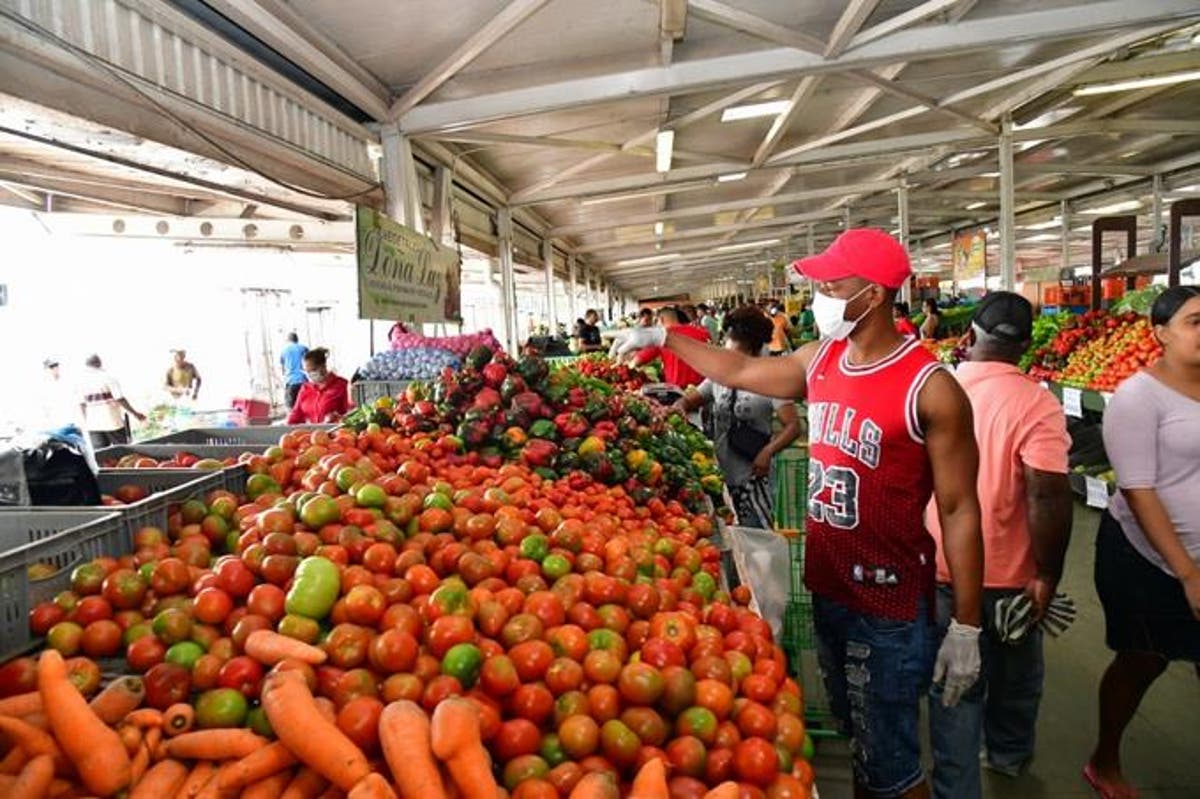 “Country has tools to fight inflation.”

Santo Domingo, DR.
The Dominican Republic does not register a shortage of essential products, and as part of the measures to face the imported inflation, the Government maintains a policy of agricultural planning through the Ministry of Agriculture, which guarantees a greater harvest of rice, bananas, potatoes, vegetables under controlled environment, beans, eggs, milk and other items of massive consumption in the country,

The revelation was made by the head of Agriculture Limbert Cruz, speaking to Listín Diario, who assured that in the country there is a wide offer of products and that soon will also enter the harvest of onions in the South and the high part of the central Cibao, of beans in San Juan. In addition, there is also a great offer of bananas, coffee, and cocoa.

He recalled an agreement for fertilizers to maintain the price until September 30. However, as urea is the primary imported input for agricultural production and has begun to drop in price in international markets, it is expected to drop after September in the country.

The Minister of Agriculture affirmed that the Government would increase the sales of the basic food basket products in the popular markets and revealed that next Wednesday there will be a fair in Santiago Rodríguez.

The Agricultural Bank, he said, will inject resources at zero rates to the producers and at other preferential rates to promote the agricultural supply. Cruz said that never before at this time of the year, the price of bananas was so low, and they are available at RD$5.00.

The production of vegetables under a controlled environment has increased from 12.5 million pounds to 25 million pounds per month, and eggs have dropped in price at the farm, from RD$5.60 to RD$4.90 per unit, a drop that has been registered for two consecutive weeks.

Another product that has dropped in price is chicken. Pork, he said, remained down due to the pandemic issue, but there was a lot of pork in December, and there is a good supply.

The minister assured that the Ministry had been committed to increasing production so that there is plenty of supply, and the statistics show this.

“We have the highest rice production that the country has ever had. Never in the history of the Dominican Republic have we seen plantains at RD$5 in January, which is the time of lower productivity due to the issue of cold, sunshine hours, and always in December to March there is a reduction in supply, however now there is a super supply of plantains,” he said.

The minister assured that in addition to an ample supply of potatoes, the production of vegetables is increased by two.

“The main products of the family basket have increased considerably to mitigate the world inflation that is in all countries,” he said, pointing out that there is inflation in England, in Spain. However, in the United States, there has been the highest inflation in the last 30 to 40 years.

In this regard, he indicated that in the Dominican Republic, in terms of agricultural production, prices and a considerable supply of everything in quantity, which is the most critical thing, are stable.

Products
The production of bananas is increasing; there is a good supply and coffee and cocoa. Limbert Cruz says that the country is being planted with coffee.

Agro
The Minister of Agriculture assures that the country has no inflation surprises in agricultural products, as in other countries where there are shortages and shortages in the markets.

Support
Chicken remained between RD$60 and RD$54 in December, and pork was consumed in industrial quantities, indicated the Minister of Agriculture. He said that fuels impact transportation, but this has not been felt because there has been an oversupply here.