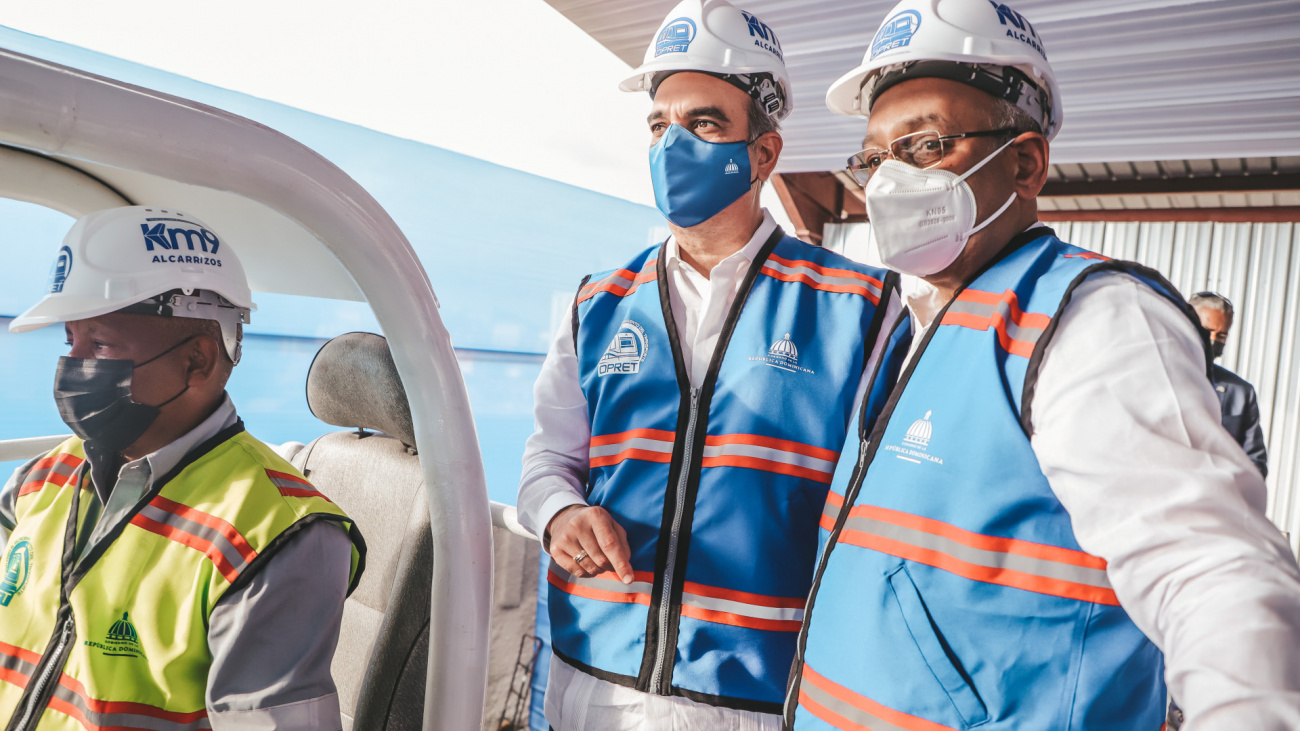 Santo Domingo.-  The Dominican Government has begun the construction of Line 2C of the Santo Domingo Metro, which, together with the announced Santo Domingo Train, is one of the major projects that seeks to reduce  traffic.

President Luis Abinader, together with Rafael Santos Pérez, executive director of the Office for the Reorganization of Transport (Opret), broke ground Tuesday for the work that will be ready in 24 months -according to projections- and which will cost around US$506 million.

Of that amount, US$110 million will be for the construction of a side road and US$396 million for the extension of Line 2C, which will be made up of five stops, distributed over 7.3 kilometers.

Of that length, 800 meters will be below ground through a mining tunnel connected to the María Montez station, and 6.5 kilometers will be an elevated span.

How about yu start building the border wall yu promised yu said 2022 it will start we’re the hell is it yu giving out free documents to the Haitians , saying they will come to the border zone just for work , how we gonna stop the influx in our hospitals if the whole Haiti is coming to the border for work in our territory we will be obligated to give them our healthcare I don’t mind for the legal ones but come on I hope this is done accordingly the whole fucking Haiti is already in our country YU PEOPLE DO MAKE NO SENSE

We dont need a border wall the Haitians will end up digging a hole or cut the metal like Mexicans did in the US Border the Mexicans have cut through the steel and made doors, we need ARTIFICIAL INTELIGENCE , Drones and aerostatics baloons with temperature and infrared cameras, and houndreds of patrol border officers in pickups to picked them up and send them rigth back

I know brother ! the president said he was gonna put facial recognition but how the fuck does that help lmao right ,