The Dominican Republic sees the number of whales and tourists grow 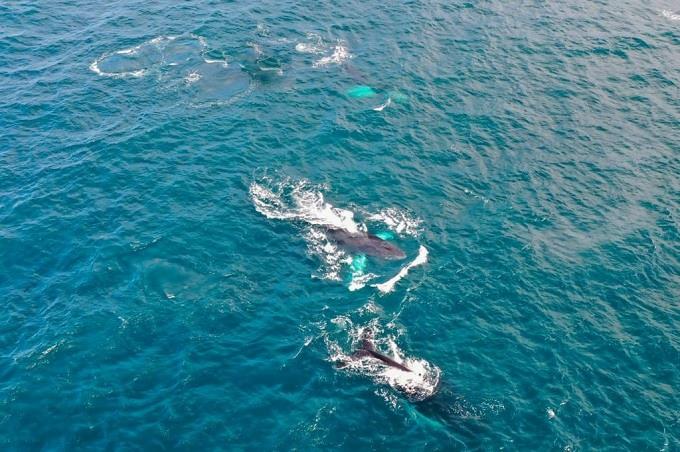 An estimated 3,000 whales visit the bay of Samana and the Banco de la Plata y Navidad each year.

An estimated 3,000 whales visit Samaná Bay and the Banco de la Plata y Navidad, a shallow water area in the north of the Dominican Republic, each year during the breeding and mating season, which runs from January 15 to March 31.

However, scientists lack exact data since sonar is not used to prevent the emission of electro-acoustic waves from disturbing the whales, so they rely exclusively on naked-eye observation to make their calculations.

Last year, 605 whales were sighted in Samaná Bay alone, not counting the sanctuary’s open sea zones, and 18 calves were born, while this year, there are already seven calves.

The whales’ recovery is due to the protection policies adopted by the international authorities and the “no harassment” regulations applied in the Dominican Republic, said Efe, the administrator of the marine sanctuary, Israel Santana.

It is estimated that at least 80% of North Atlantic humpback whales from Canada to Norway travel to the Dominican Republic to mate or give birth to calves in the warm waters and shelter from predators in Samana Bay.

According to experts, not all the whales make the trip annually since they cannot feed in Dominican waters.

The country has had a whale-watching structure in place since 1985, Environment Minister Orlando Jorge Mera told Efe, who valued the “unique opportunity” enjoyed by visitors to see the whales in Samaná.

In that first year, 60 tourists saw the whale dance; in 2021, there were 33,000 people, and this year, before reaching the middle of the season, 32,000 have already been counted, a figure that allows predicting the rhythm of tourists is recovering before the pandemic.

From the boat, tourists get to see the whales with their calves coming up to the surface to breathe, flippers, or even the nose of a whale approaching the boats.

Those who are luckier can also see the spectacular jumps of the males to attract the females’ attention to garner the right to mate.

Wao how cool this amazing animals choose those waters to mate

if by whales you mean fat tourists, yeah we have seen an increase!