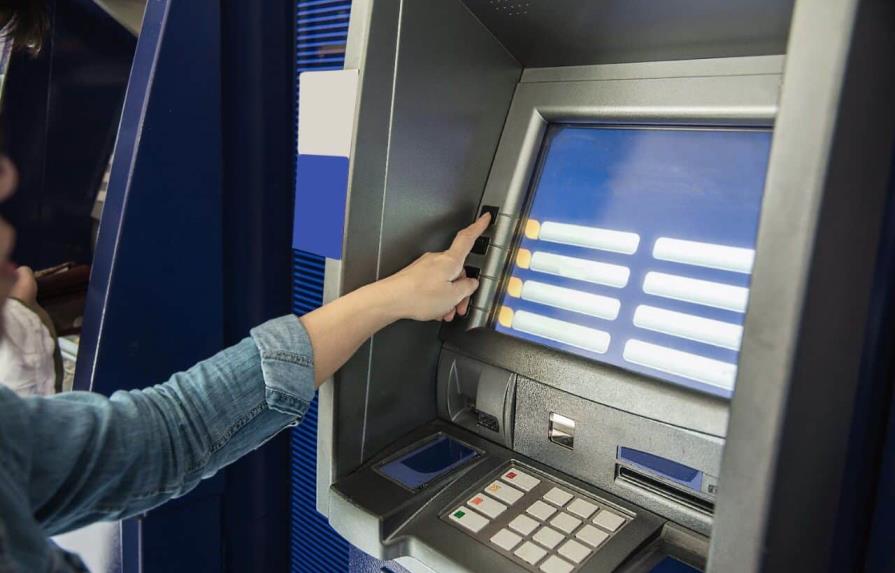 Santo Domingo.- In the interest of facilitating the transactions that citizens carry out in person, multiple banks increased, between 2010 and 2021, the financial user service channels, which include branches, ATMs and bank sub-agents.
The information was offered in a press document, by the Association of Multiple Banks of the Dominican Republic (ABA), detailing that in those 11 years the banks increased the number of ATMs in service by 1,289, for a cumulative growth of 74%, with RD$624.8 billion (US$11.6 billion).
ABA specified that, in reference to ATMs, in 2021 there were increases in the volume of operations and the resources that are handled in this way. In this regard, it reported that more than 111.2 million transactions were made in that period.

My question is, with everything booming (as frequently publicized) in the Dominican Republic, Why Are So Many Disenfranchised Dominicans Leaving? Even by the illegal route.

Why is it whenever I go in the DR, people are only complaining about everything? Can’t survive here they say, You have to be a magician to survive here they say, etc. etc. Is that just a mental illness thing or is there some real validity to their complaints? According to Dominican Today, there is so much progress going on and so much excess, why are people leaving the country? Tourists in excess, jobs all rebounded, ATM’s at full utilization. People withdrawing money around the clock. What is the problem then? Look at what they are reporting in Puerto Rico:

Since Oct. 1, 2021 to Jan. 31, 2022, the Coast Guard and CBIG partner agencies have carried out 44 illegal voyage interdictions in Mona Passage waters near Puerto Rico.  So far, 1,088 non-U.S. citizens have been interdicted, who are mostly comprised of Dominican Republic and Haitian nationals (798 Dominicans, 253 Haitians).

Can you please stop following our news? i dont give a f about haiti’s news so why are you here? of course you have nothing better to do. You hatians only destroy and go to the next place, like you did in some parts of Florida.

Why are you so small minded? This is what epitomizes the racist obsession you have with Haitians. Is everyone critical of the injustices in the DR a Haitian? Is it only Haitians who can see injustice? Are you crazy? Could it possibly be that person who owns an apartment in the Sarasota near Carol Morgan, a house in the Metro Country Club of Juan Dolio paying 15 pesos per KW/Hr, and a house in Jarabacoa (that I would love to sell) not worthy of commenting in a country where he has invested heavily. A person who lives amongst you. Is that person necessarily a Haitian? You are bringing up Florida :), you must have something inherently wrong with you.

Jajaja i see you everywhere on this page criticizing us, you’re clearly a Haitian. Also 15 pesos?? where are you living 1995? This makes me so happy knowing that our country is so important that to put it down the only thing left to do is going to its own news. Poor thing im almost sure you’re even using a translator.

“Something wrong with me” proceeds to criticize the dm about illegals IRONIC.

My houses outside of the Metro in Juan Dolio charge 5-6 pesos per kwh. Inside the Metro 15 pesos per kwh. Are you good in your head? Are my English writing skills so good that you bring the translator accusation? How can a Haitian do that? Is there a Creole to English translator that can do such a good job grammatically? 🙂 🙂 Perhaps it’s the same one DT uses that so many people on these threads complain about. I actually like the DT news outlet. If you would wake up and pull your good senses out of your azz, you would realize the strategy of those who want you to hate Haitians and/or dark skinned people. You are the first pawn to leave the chess board. With your people tied up into blaming everything negative on the Haitians, others can rob their own people and get away with it. The wall is another joke of the century. A wall designed to keep Haitians out. Please! Haitians have options and other trading partners. They are net buyers. The DR as it regards Haiti is a net seller. Why would your govt antagonize the buyer? What strategy is that? Is the wall another lucrative project where kickbacks are funneled to the pockets of the govt elite? Like those found in Operation Octopus. Please!!! I get You to hate Haitians, You support the wall to keep Haitians out, fat cats skim off the top. Blocks, cement, fence, razor wire, heavy equipment, and the list goes on. Funniest thing I have heard so far is that IT’S HAITIAN LABOR BUILDING THE WALL. Hahhhaahhahahha!!!

Think about this for one second. I mean really wrap your mind around this. Why is it that Dominicans and Haitians share the same island? Both groups live heavily in each other’s country. They also live together closely in communities outside of their countries. Like in Washington Heights, NY, as one example. According to PR news, they are riding yolas together. What the hell man, even if I were Haitian, wouldn’t that be the least of your interactions with them? I mean historically speaking.

Dominicans and Haitians share the same island because of colonial mismanagement that left the West side of the island open to French pirates intrusion in the 17 century. Haitians were introduced by the French en masse to the island, two centuries after Dominicans had already been living in the island as a people with a native identity. Haitians and Dominicans do not share same neighborhoods outside of the island, I know Washington Heights intimately and there are not that many Haitians living there, and in the island itself very few Dominicans live in Haiti in comparison to other nations that share borders. Puerto Ricans loved to try looking down at their neighbors, specifically Dominicans, in order to justify their perennial condition as dependents of a metropolis, unable to have any self-determination and sovereignty. They loved doing that specially in the 80s, 90s and early 2000s, when PR was doing better economically and the Dominican Rep significantly worse than how it is today. We have noticed a change in their attitude towards Dominicans with the economic and social demise of Puerto Rico and the economic expansion of the Dominican Republic.

You must be dying of envy. We are American Citizens my Dear. Born under the Puerto Rican flag. All the males in my family are Veterans defending America so we earned the benefits given to us. You don’t like it. Tough. !!

Dr and Pr are only one beach away so it makes sense that more Dominicans would try it. The fact that so many Haitians did it is baffling enough.

True. Almost 60,000 Haitians have crossed the jungles of Colombia – The Darien Gap. Pit vipers etc… For me the Mona Passage would be my choice.

Dominicans go to PR because it is a US territory, not because of PR itself. As long as the US remains the leading world economic power there will always be Dominicans trying to go there in hopes of a better life whether legally or illegally. Honestly, things are not great in the Dominican Republic but they are also not that bad if we compare it to the vast majority of countries in the world. Many people in DR simply have an obsession with wanting to try luck overseas, rather than putting in the work to built a better life in DR, which it is possible. But as the saying goes, no hay ciego que no quiera ver por si mismo.

There is an unmanaged demographic explosion on Hispaniola (22.6 million people birthing more than 510,000 people a year) and at that pace (more demand than supply), more antisocial acts, environmental destruction, more debts, and migration will occur

All my respect to you Sillyputty, you are right in all you said. It is a shame some people are racist.

This explains the huge profits for banks.They did not need to raise the cost for transactions. It costs me 300 pesos to withdraw money from Canada plus double that after Cdian bank charge.Approx $12.00 to withdraw cash. Is this what is called Corporate Greed?