The Government will absorb oil hike 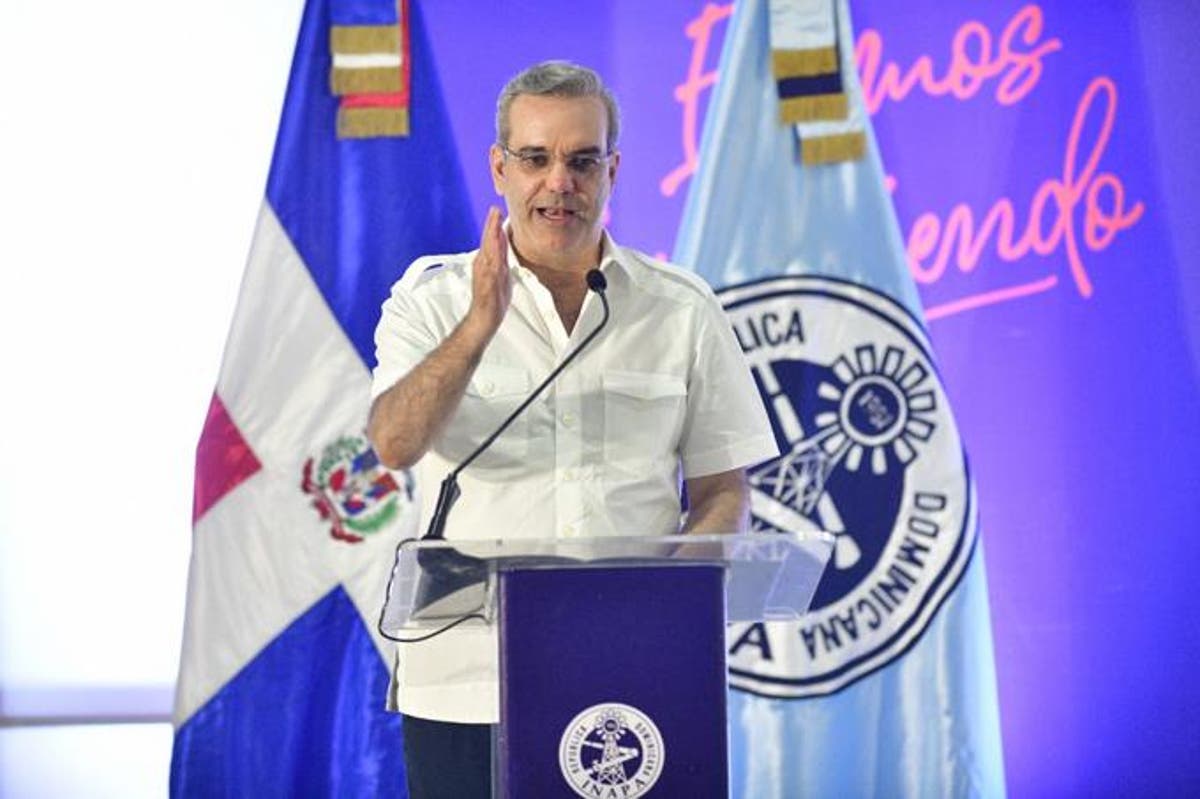 President Luis Abinader reported yesterday that the government would not pass on fuel price increases to the population at a time when West Texas Intermediate (WTI) oil, a reference for the Dominican Republic, exceeded the barrier of 115 dollars a barrel.

The president also announced that he would present the idea or proposal designed to deal with the rise in fuel prices next week.

Abinader spoke about the issue when he inaugurated the pluvial drainage system of the Moscow neighborhood in the San Cristóbal province, built at the cost of 160 million pesos.

The price of a barrel of WTI oil reached a maximum of US$115.68 yesterday in the New York market.

The rise puts another trigger in the increase in prices of white fuels (gasoline, diesel, fuel oil) in non-oil countries. One of them is the Dominican Republic, which is also felt directly in other inputs, intermediate and finished goods.

The prices of basic staples such as corn, wheat, and soybeans have been reflecting increases, an effective ingredient to pressure the Consumer Price Index (inflation).

The price of WTI crude oil gained US$7.43 on the New York Nymex stock market yesterday, equivalent to a percentage increase of 6.87%.

The rise in oil prices reflects a historical maximum concerning the price of 13 years and six months ago.

While Brent crude, which is listed on the London Stock Exchange, but is not a reference for the Dominican Republic, closed yesterday at US$118.11, a maximum since August 2008, driven by the drop in Russian exports.

The price of a barrel of Brent for delivery in May thus gained 6.92% in London this Friday. Since the Russian invasion of Ukraine began, Brent has risen 21.9%.

The war in Ukraine also pushed the price of natural gas to a new all-time high.

Fears of disruptions to exports from Russia, which supplies 40% of gas imports on the continent, caused the European market benchmark, the Dutch TTF, to hit a new record of 213,895 euros per megawatt-hour (MWh). ).

World stock markets fell again yesterday due to fears caused by the war in Ukraine, aggravated by the bombing of the largest nuclear power plant in Europe.

The New York stock market ended the week lower on Friday due to the intensification of the conflict, which overshadowed the good news for the labor market in the United States, where unemployment is close to pre-pandemic levels (3.8% in February).

There is “no desire” to take risks in financial markets, said Ipek Ozkardeskaya, an analyst at Swissquote Bank. Investors are mostly trying to protect themselves from losses, he says. The safest investments, used as refuge values ​​by operators in times of uncertainty, remained at high levels: an ounce of gold, for example, was worth 1,953 dollars (+0.88%).

The White House is examining how to reduce Russia’s oil imports after the invasion of Ukraine without hurting American consumers while maintaining global supply, a spokeswoman for the Joe Biden administration said yesterday. “We are looking at ways to reduce the import of Russian oil while ensuring that we meet global supply needs,” he told reporters at the White House.

All cost assumed by the government means the country (society) will have higher taxes or borrow more money from lenders (which means society will have to pay for that) or pay it with a commodity like gold (free commodity from the geology).
So the statement made by President is just a political stunt to give the impression of helping but in reality, he is just postponing the payment (or pain to the Dominican society) for later and with interest.
The reaction by the West (NATO and the Americas) to the remote war is too extreme and we will have to pay for that. The scenario shows the friction between globalism (integration) and nationalism and the costs incurred by that friction.