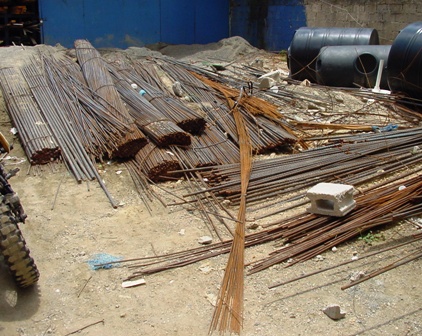 Santo Domingo.- Ukraine is analyzing other markets in order to bring its merchandise to the Dominican Republic.

A sector that is in constant search of new raw material suppliers is steel, as evidenced by markets such as Mexico, Brazil and Venezuela.

“In fact, we from the productive sector, despite the fact that in the last two years we have been importing a large number of these products from Ukraine and Russia, before 2020 we imported most of them from Brazil, from Mexico and from Venezuela, and other countries in the region. In other words, basically what is going to happen is that those inputs from those regional countries that were previously imported will be used again. With the issue of supply there should not be a concern,” said Marcelo Salazar, executive director of the Dominican Steel Association (Adoacero).

He said that the steel sector in the Dominican Republic is quite strong and as an example, Salazar told Diario Libre that exports of rebar register positive growth during 2021.

Why outsource that far? But remember to import from those who send you tourists!