Haitians at Dominican border say Customs tax is too high 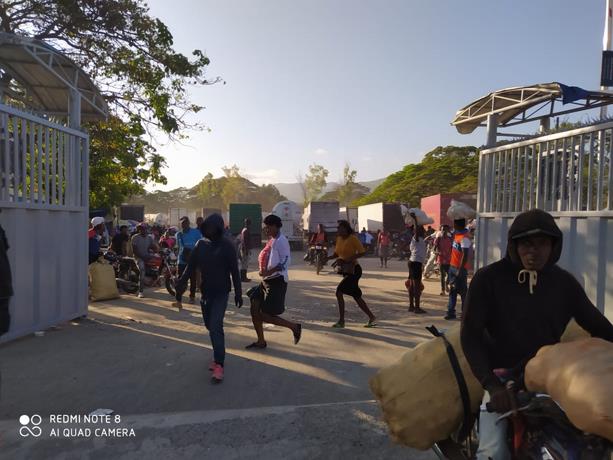 Elías Piña, Dominican Republic.- Haitian merchants blocked the Cachiman border crossing with several trucks in their territory, protesting the high cost of taxes that the General Directorate of Customs of that country is charging.

The complainants stated that they risk losing all the products if they do not pay high sums of money for the trucks with food, cement and other merchandise in the Customs of the neighboring country, where they increased all taxes by 100%.

Haitians have been making their claims for two days, but this has not prevented Dominicans from transporting to the other side the various merchandise and agricultural products that they commonly sell in Haitian territory.

The binational gate from the Dominican side was opened at 8:00 in the morning, as usual, with all operations in the Carrizal Interagency zone of the main municipality of Elías Piña, Comendador, taking place under complete calm