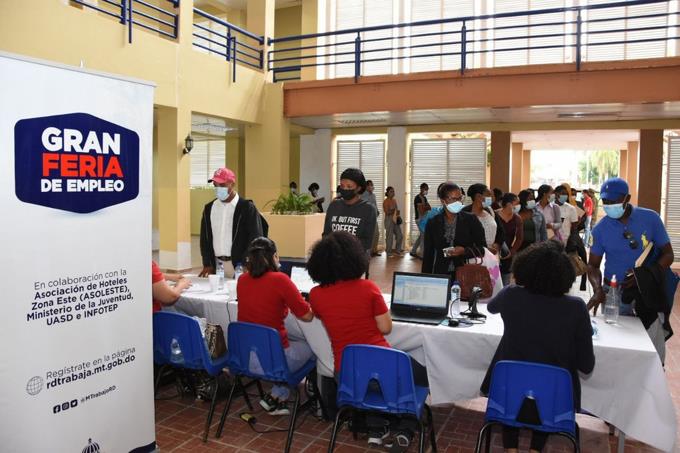 At the end of 2021, 267,478 new jobs were created in the country, representing 6.1% more than the last quarter of the previous year and showing that the Dominican labor market is heading towards recovery.

The most favored have been young people, people between the ages of 15 and 24, who accounted for 86.2% of the new jobs generated in the economy last year, according to the continuous national labor force survey (ENCFT ) recently published by the Central Bank (BCRD).

The report details that the occupation for people with secondary studies registered an increase of 146,254 new jobs; university students occupied 51,470 of the positions added to the market, and people without training only occupied 7,159 positions.

The occupations carried out by people with a primary education level registered a drop of 38,834 fewer jobs, establishes the document. This shows that the Dominican labor market increasingly demands young and trained personnel.

On the other hand, there was a reduction of 28,157 jobs in agriculture and livestock, in industry 8,518; in public administration and defense 5,401 and health and social assistance 4,116.

Although the labor market is recovering, many people are unemployed and have tired of looking for work.

Other reasons why this segment of the population did not look for work were family responsibilities or housework because they are studying. In addition, for health reasons, employers do not give them work because of their age. After all, they do not have enough education or experience because she is pregnant.

Last year it stood at 58.1% in the country. Moreover, 82.3% of those employed in the informal sector have an educational level equal to or less than secondary.

The average income in the formal sector was RD$133.6 per hour and RD$93.5 in the informal sector.