Dominican Republic has yet to approve Barrick Gold tailings dam 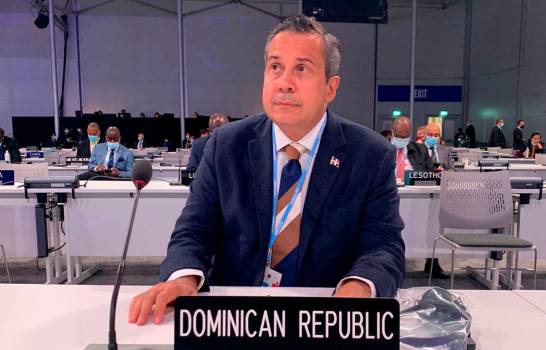 Santo Domingo.-Although it was announced that the tailings dam that the mining company Barrick Gold is trying to build will be built in the Sánchez Ramírez province, where two areas are being evaluated for these purposes, the Ministry of the Environment has not yet received a formal proposal of which ones they would be. exactly those places.

The head of that government agency, Orlando Jorge, said this Monday that the company is still pending to indicate the place prior to carrying out the environmental impact study, after they reached an agreement so that the work is not in Cuance, Yamasá, as the mining company initially intended.

“We have not approved anything because it is pending compliance with the process established by Law 64-00. Everything has its moment. I can only assure you that it will not be in Cuance, thanks to the role played by this Ministry and the support of the Government,” said the minister.

In a press release distributed last Friday, the Government announced: “We have reached an agreement with the Barrick Pueblo Viejo company for the tailings dam to be built in Sánchez Ramírez, an area where its operations are located. For the new location there are two options that could be viable for the mining company.”

But the Minister of the Environment said that he will not be able to confirm those places until he has the data in his hands and the proposal is formalized by the company.

The government should not approve a tailings dam until Barrick provides a plan of where and how it will manage such a dam. The plan should be transparent and be open for public review and comment before any government action.