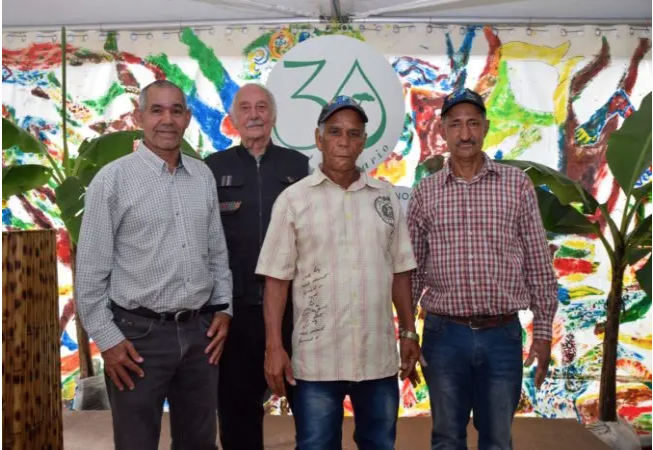 Santo Domingo.- The Federation of Farmers for Progress called for the implementation of an integrated food self-sufficiency program in the country and an improvement in the quality of agricultural products, toward becoming more and more organic, free of pesticides and chemical products harmful to health.

“We have to go back to basics. The country needs to produce enough to be able to supply and sustain itself; it should not need to import anything, because everything can be grown here. We must remember that we are a nation with an agricultural heritage, and we have forgotten that,” said Esteban Polanco, president of the Federation of Farmers for Progress (Federación de Campesinos hacia el Progreso).

He also stressed the importance of creating a farmers’ movement to unify the sector, with the aim of defending agricultural resources, land, and national production.

The organization celebrated its 30th anniversary on April 5, highlighting its achievements in the mountainous and remote communities of Alto Yuna, which had been isolated, neglected by the state, and impoverished for decades, without basic electricity and education services. Now, their progress is tangible.

Polanco stated that they were working on the implementation of an economic development plan, which would guarantee an income for the community members, while also providing an incentive for sustainable agricultural production.

“More than 60% of the country’s fresh surface water comes from this area. Developing economic projects in this area is sensitive. That is why we have organized and educated the communities,” he said.

The Federation of Farmers for Progress in the upper Yuna River basin is made up of about 300 families. Their main crops are coffee, bananas, and, on a smaller scale, cocoa.

“We want to revive family farms and set up family farming units, modules that guarantee self-consumption. We also have a cooperative for farmers to sell their crops at more competitive prices,” he added.