In Canada, DR’s attractions stand out as an investment destination 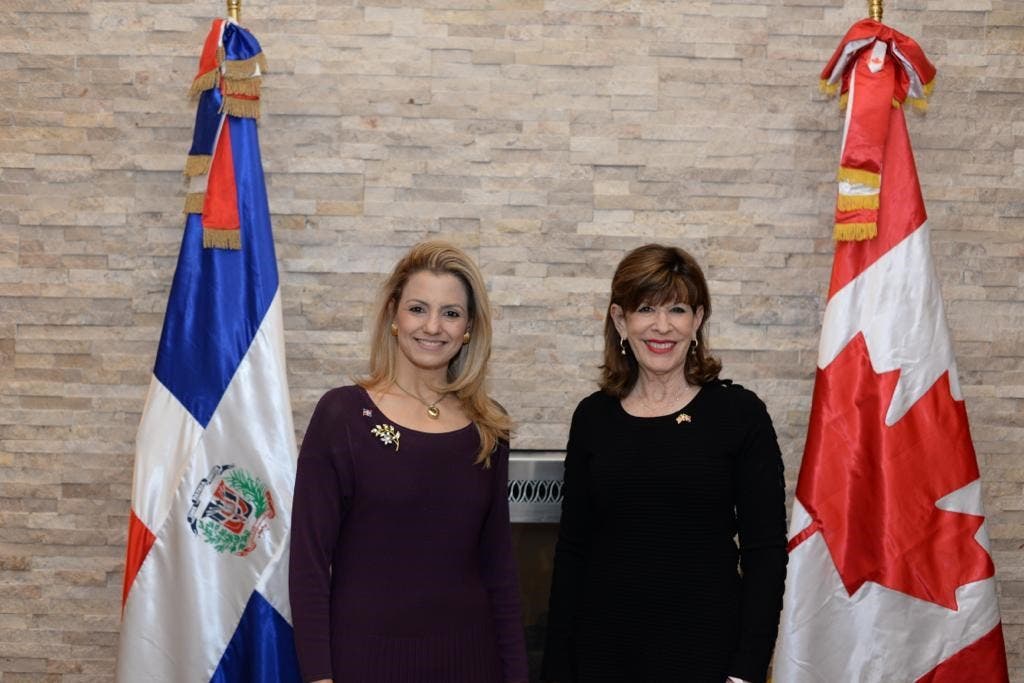 Ottawa, Canada. Canadian businessmen from various sectors, government officials of this country, and representatives of the diplomatic corps participated in the reception conference “Benefits of investing in the Dominican Republic from the angle of foreign experience.”

The activity was defined by the Dominican Ambassador to Canada, Michelle Cohen, as the prelude to the organization of a second mixed (public-private) mission to the Dominican Republic to explore trade and investment opportunities.

The conference reception, hosted by the Dominican Embassy in Canada, was attended by Mrs. Robin Bernstein, former U.S. Ambassador to the Dominican Republic, as a special guest.

Bernstein stressed that he traveled to Ottawa to show the important relationship between the Caribbean country and the United States.

The diplomat highlighted the ease of doing business in the country and what the thriving tourism sector offers to foreign investors.

The Dominican Ambassador to Canada, Michelle Cohen, thanked those present, especially Mrs. Bernstein, for accepting the invitation to such an important meeting and for the work done in the country during her tenure as a diplomat.

She recalled that in the management as ambassador, Bernstein received a commercial mission from about 50 companies, ports, and commercial representatives of Florida, very interested in the Dominican Republic.

“In addition to the territorial proximity between the Dominican Republic and North America, the Dominican Republic has the advantage that the Dominican government offers a good level of confidence, political stability and solid incentives to investors for the trade, manufacturing, construction, agribusiness, hospitality and other sectors, so we invite Canadians to invest and do business with our country,” Cohen noted.

Nope no thanks, Canada please stay away. DR is doing just fine without your interference. Y’all have enough to worry about.

-27
Reply
hotgarlicbread
Reply to  Not Imp

You are a haitian.

i can assure you that you will pay for all the misinformation you are spreading about my country, the country you are grossly leeching free healthcare from.

As a Canadian that just bought property in DR, and currently working with Dominican friends to open a Canadian/Dominican business, your comments give me second thought. If the Dominican people are of like mind as you, I’ll just leave and settle in a country that welcomes my family, money, and investments

Hey mate,
You forgot to change your name and sent 3 messages in 10 minutes to make it credible.

Don’t worry radicalization is what we need among the youngster and you are giving us all they need.

Hello native Americans in Canada what Canadian done for them zero

Dear Mike Traynor Not everyone in DR thinks like that individual. This country is very welcoming and warm and would appreciate sharing cultures. Welcome aboard!!!!

Not imp. You would be an extremely fortunate Dominican if you were lucky enough to live in Canada. Now if you don’t like my investments in DR, I’ll just leave and take my resources with me.

Hilarious. Take ur investment ..ur attitude is ur opinion matter others opinion not..if one Dominican can shoo u away sir get lost. U speak communist or sharia ..yuck .

To read your comments about Canada is really a slap in the face to someone about to start a business with Dominican friends. When I hire people, I’ll keep your comments in mind

Sir if he was ur friend. U think ur friend hears a Canadian say native American are not equal to Canadians .now every one don’t invest Canada . Only u say that trying throw around weight euro wanted invest let it be normal one not one who claims his friend but another Dominican don’t agree now ur friend not ur friend typical sin filled talk. Yuck .

Everyone is equal to me

European stay away from Dominican .if ur not believer of Jesus Christ .Dominican are Christians.