Passengers from non-traditional destinations will arrive in the Dominican Republic 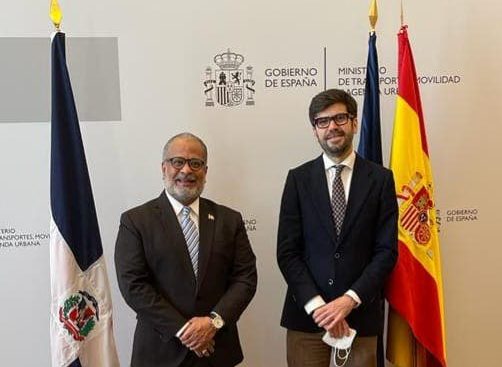 This will be possible through 5 Code Shares, such as three from Iberia airline and two from AIR Europa; this arose from the air transport agreement signed between the Dominican Republic (DR) and the Kingdom of Spain in January this year, explained Piantini.

“With the approval of these operations, we seek to maintain connectivity between the destinations Tel Aviv (Israel), Madrid (Spain), and Santo Domingo, explained the public servant.

This code-share will allow passengers from Israel to use Iberia services on the route between this European city and the DR until 29 October 2022.

The JAC plenary also approved the code-share operations between Iberia and Qatar Airways. This year’s summer season, these flights will be operating on the Madrid/Santo Domingo/Madrid route. They will bring passengers from the United Arab Emirates after their stopover in Spain.

The CAB had approved these operations during the winter season, from October 31, 2021, to March 26, 2022. They now seek to continue operating during the 2022 summer season on the Barcelona/Punta Cana/Barcelona route.

Similarly, the CAB approved Code Share operations between AIR Europe and Etihad Airways to operate the Madrid/Santo Domingo/Madrid route. As a result, passengers will be able to fly between points in Spain and points in the United Arab Emirates and other countries to the Dominican Republic.

AIR Europa was also approved for Code Share operations with Turkish Airlines to operate the Madrid/Santo Domingo/Madrid route, which will allow it to bring passengers on connecting flights to Istanbul, Turkey. The operations will be carried out during the 2022 Summer Season (March 27 to October 29, 2022).

With these Code-Share approvals, the Dominican Republic allows airlines to have a presence on routes where traffic volumes do not justify individual operations, thus allowing them to have a presence in a market through this type of agreement.

Best are you now

Just say like this, our Russian tourists can come again to DR if we have this air connections and they avoid sanctions.
This dont have nothing with Turkey or Israel’s people or Arabs jjjj