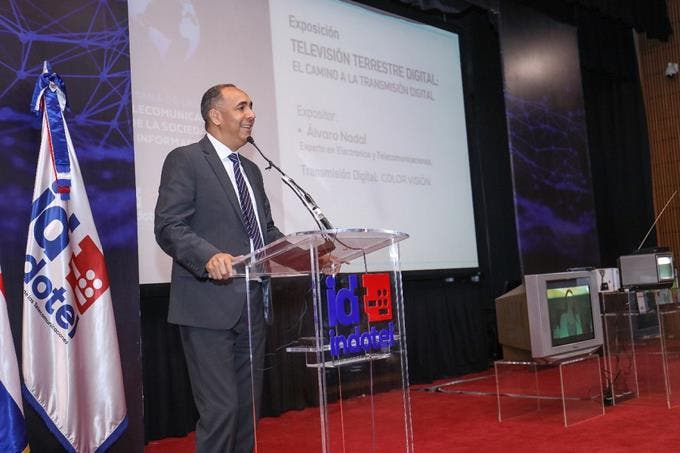 Yesterday, the Dominican Institute of Telecommunications (Indotel) presented the project to implement Digital Terrestrial Television (TTD), which will improve the quality of the free television signal in the country.

Together with Color Vision channel 9, it also showed the first live broadcast of digital television in the country.

The president of the Board of Directors of Indotel, Nelson Arroyo, said that this is the first step for the change from analog to the digitization of television in the country.

This project is part of the total investment of US$30 million for the transition process to digital TV. Within these, the tender was opened to purchase 450,000 digital signal converter boxes donated to vulnerable households in the country of the Superate program. Thus ensuring access to this technology.

Arroyo stressed that they expect this project to be fully implemented by the end of the year. He said that users with digital television would have high-definition transmission of images and optimal sound.

As long as the companies operated with fewer cases.

The members of the Board of Directors, Hilda Patricia Polanco, Príamo Ramírez, Fausto Rosario, Pavel Isa, and the executive director of Indotel, Julissa Cruz, were present during the act; who was accompanied by directors, managers, and collaborators of the institution.

Members of the media, telecommunications service providers, students, and teachers from schools of social communication were also present.

With this act, Indotel began the celebration of Telecommunications Week, which has a varied schedule of activities that will be taking place from May 16 to 20, and which includes the panel on Cyberbullying and the robotics workshop for students. Both events will be held at the Indotel Digital Culture Center.