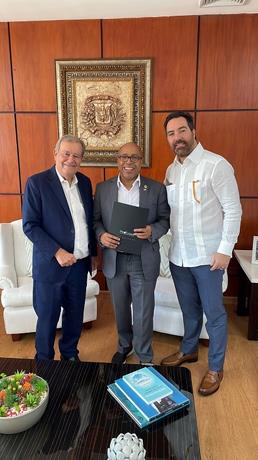 In a communication sent to the president of the Chamber of Deputies, Alfredo Pacheco, the president of Procigar, Hendrik Kelner, indicated that they have been sponsoring tobacco to be declared a Cultural Heritage of the Dominican Republic under the firm belief that it is a product that deserves be recognized as such.

As an argument, Kelner explained that tobacco had been a culture since before the arrival of Columbus; the natives used it in their religious ceremonies and social activities.

He added that tobacco is a tradition and cultural heritage of generations, being the oldest and most permanent product in our history with a decisive presence of the tobacco company in the independence and restoration of the Dominican Republic.

In economic terms, the president of Procigar highlighted that Dominican tobacco and cigars are important export products and assured that it is one of the agricultural items that contribute the most foreign currency to the country, reaching the figure of US$1,236,000 million in 2021, a figure greater than the sum of all exports of other agricultural products.

Likewise, Kelner explained that this agricultural product has achieved fixed investments with approximate sums of US$1,500 and creates the sustainability of more than 125,000 families, in addition to attracting tourist flow because with its export to more than 140 countries it opens the doors for many tourists interested in learning about it.

The tobacconist pointed out in the letter that, in his long history of defending Dominican tobacco against international organizations, he has observed that when arguments of economic support or employment are used, awareness has not been achieved, but that when they indicate that it is part of the culture, things are different, because each country in the world has a product that they consider part of their culture.

He concluded that “that is why the declaration of tobacco as cultural heritage of the country is not only a recognition of its historical and cultural contribution, but it is also a defense argument that has official recognition.”

Cigar smoking is a nasty thing. The odor is brutal and the second hand smoke is harmful. It should be banned in all public places and should not be glamorized in any way.

Lol what are you ? A dictator?

This is a great marketing tool as well. Most people associate cigars with Cuba.