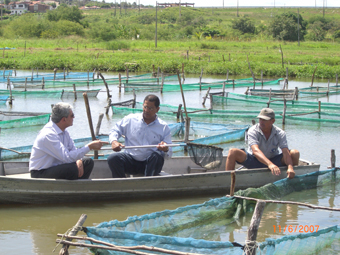 Santo Domingo.- The president of the Dominican Council of Fisheries and Agriculture (Codopesca), Carlos José Then, revealed that next week he will meet with President Luis Abinader to present him with an aggressive plan for fish production, since the “Neighborhood Fishery” program that is managed as a cooperative is a great contribution to the income and food of the population that deserves to be increased.

Then referred to the proposal of LISTÍN DIARIO, through in its editorial, where he proposes that the planting program announced by President Abinader, also contemplate a massive program of fish production in the lakes of the dams, in rural ponds and in marine farms, in which different varieties can be obtained, including shellfish.

He said the “Pescadería de Barrio” program is directly related to current and future food security.